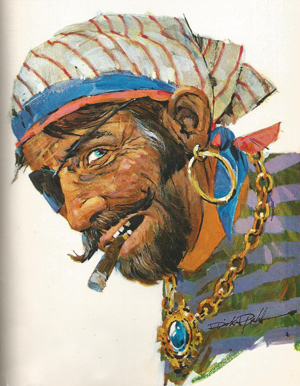 In 1506, when Portugal navigator Tristan da Cunha discovered a remote island in the South Atlantic Ocean, he gave his name to it and planned to return and go ashore at a later date. He kept a log where he recounted a desire to explore “his” isle and three others: Nightingale, Gough and Inaccessible (named for difficulty in going ashore) islands that later became Tristan Archipelago. But the venturesome navigator never returned. If truth be told, Tristan probably planned to return and search for pirate treasure buried on these four far-flung uninhabited islands. Even then—in the 1600s—pirates were a common threat as they roamed the seas off the coasts of all the continents.

Attacks by marauders bearing acts of violence on the high seas were common in bygone days. But it was the Golden Age of Piracy, 1700 to 1725, that captured headlines and made protagonists from the likes of Calico Jack Rackham, Edward Teach (Blackbeard), Henry Morgan and others who preyed on merchant ships laden with the riches from India, Africa, South America and the Caribbean. There were few treasure ships to loot, most them protected by military escorts. When raiding towns or seizing merchant ships, pirates sold what they carried off: small arms, gunpowder, silverware, tobacco, spices, sugar, china and anything else they could peddle on the black market. Some of the buccaneers–Capt. Kidd for one–buried their treasure on deserted islands while others squandered their share of the booty on booze and women. It was a tough line of work that often led to injury or death. The average career of a pirate lasted three years. Will Rogers called it the “shortest lived profession on earth.” 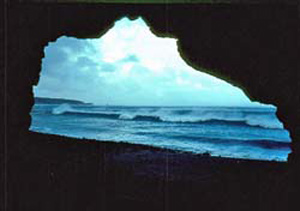 Looking out from cave on Tristan da Cunha where silver coins were found Credit: Tristan Tourism

Many islands are embellished as “treasure isles,” including those of the Tristan Archipelago. Early records reveal their authenticity and the presence of pirates who sought remote refuges to bury their caches. English, Dutch and French mercenaries, posing as privateers (backed by the government), plundered and pillaged, then fled with their stash–some to be split and perhaps some to be hidden. 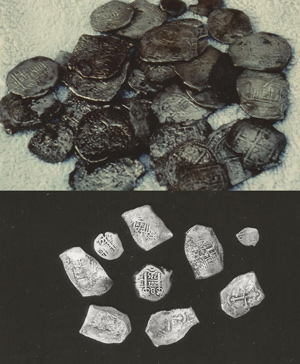 Silver coins, buried in a kettle, were recovered from the Archway Caves on Inaccessible Island. The archipelago stashes weren’t huge, but those that were found romanticized the catch phrase, “Britain’s Treasure Islands.”

The best tale comes from the island of Tristan da Cunha as told by author Thomas Terry in his book, “Doubloons and Other Buried Treasures.” It begins with Jonathan Lambert, the founder of the island in 1810. He and two cohorts, all suspected of being former pirates, were joined by shipwrecked sailors, derelicts, deserters and castoffs from St. Helena Island in a sealing operation (seals killed for their pelts, oil and meat) that grossed little profit. When Lambert died two years later in a boating accident, his friend Tomason Corrie remained on the island until 1816. That’s when British troops were occupying it, fearing the French might try to rescue Napoleon who was exiled to St. Helena over 1,000 miles away. Corrie, who suffered from depression while living in a hut near Edinburgh-by-the-Sea, the only inhabited settlement on the islands, packed up his belongings and moved seven miles away to Sandy Point. Like a hermit, he found shelter and solace there in a maze of subterranean caves hewn by Mother Nature into cliffs overlooking a small beach inhabited by Northern rockhopper penguins. 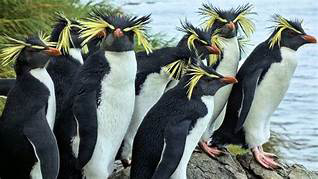 When he returned to town, he used “eight reale” coins, the famous one ounce silver “pieces of eight,” to pay for supplies. The coins were circulated worldwide, a common means of exchange. But Corrie seemed to own an unlimited supply. Suspecting these came from pirates who buried or hid them in the caves, two English soldiers followed the recluse intent on stealing his treasure trove. Upon entering the caves, they became confused and frightened by screeching bats, water dripping from the ceilings and dead ends at every passageway. Corrie heard their screams, but let them spend the night before leading them out. When the story spread in Edinburgh, no one dared to bother the “Hermit of Sandy Point” again. 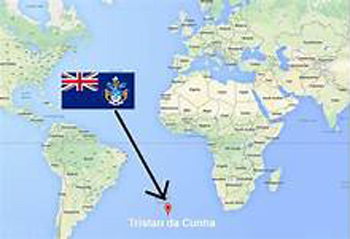 Chances are the treasure found throughout the years on Tristan Archipelago came from pirate ships sailing out of Madagascar. Located 250 miles off the southeast coast of Africa, the island was a pirate stronghold for years. Ships skirted the Cape of Good Hope, heading north toward the island of St. Helena, which was a layover for merchantmen sailing to Europe from Asia and South Africa. Midway through the voyage, pirates often stopped at one of the isolated islands of Tristan Archipelago. Anchoring offshore, the crew launched their longboats to row into the small beaches surrounded by rocky coasts. After setting up a makeshift beach encampment, they stockpiled fresh water, penguin eggs and seal meat, then proceeded to gamble and guzzle “rumbullion.” A concoction of dark rum laced with spices, it was so hot and hellish, sailors called it “kill devil kickback.” The drinking, gambling and beach bashes left a plethora of empty bottles and silver coins lost by the tipsy ruffians. Many of the coins were found over the years on beaches off Nightingale and Gough Islands.

Although storms invariably strike Tristan, its residents–exposed to the elements from birth—progress like they have for two centuries. Each morning, the incessant cries of gulls and cormorants, as they descend from a halo of clouds, creates a sort of heavenly scene. Away from the maddening crowd, in the cradle of nature, hearty, hard-working souls of the settlement sport a pioneer spirit. Their true riches aren’t buried. They’re omnipresent in the simple, productive lives on their beloved “treasure island.”

Part I: Remote Island Has Shipwrecks, No Cancer