Part I – Remote Island Has Shipwrecks, No Cancer

Trivia question: Which island, located in the South Atlantic Ocean, hasn’t had a case of cancer for more than 200 years? Is listed in the Guinness Book of World Records as the “most remote inhabited island in the world?” Has 288 residents? Is named after the Portuguese navigator who discovered it? Is rumored to have buried treasure and many shipwrecks? 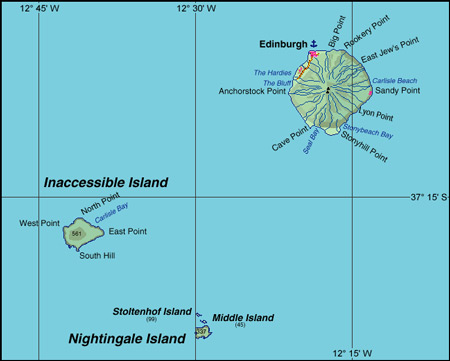 Answer: Tristan da Cunha (pronounced Tris tan da kun a), is the main island in a remote archipelago located in the middle of the South Atlantic Ocean between Africa and South America. Never heard of it? Neither had I until shipwreck authority Bob Fleming sent me a copy of Lawrence Green’s book, Islands That Time Forgot. Upon reading it, I gave the captivating little island a “thumbs up” and added it to my bucket list of “Neat Places to Visit.” But just plain “Tristan,” as most people call it, is not easy to visit. It’s just a dot on the map with three uninhabited volcanic islands southwest of it. There’s no airstrip, leaving ocean voyages as the only means of heading in or out of Tristan. It’s a six day, 1,700 mile cruise from Cape Town, South Africa or a seven day, 2,000 mile junket from Rio de Janeiro, South America.

The absence of cancer and other illnesses on the island, including the coronavirus, (visitors were banned from the island) is intriguing. Mortality records from 1853 show that Corporal William Glass of His Majesty’s Royal Artillery lived to age 67, while battling a malignant skin condition that slowly attacked his face. As time marched on, no more cancer appeared in the chronicles of island life. To this day, medical teams visiting Tristan suspect that good health is linked to the lifestyle of the people.

Edinburgh By-the-sea is the only settlement on the island. Credit: Tristan da Cunha Tourism

Visitors are likely to meet some of the descendants when touring Edinburgh by the Sea. Everyone lives here in what they call the “Settlement.” Three dozen cars and many motorbikes traverse narrow paved roads posted with 15 MPH speed limit signs. Stone cottages, which call to mind the Scottish Highlands, dot the landscape. The Settlement backs up to 6,760 foot Queen Mary’s Peak, a dormant volcanic mountain that’s safe to climb when accompanied by a local guide. Smoke still rises from the crater, a reminder of the colony’s hasty departure in 1961 to escape the first and only eruption in its history. A British overseas territory, Tristan qualified for aid from the United Kingdom. All 270 residents immigrated to England where they were housed on a vacant army base at Caishot, a coastal village in Hampshire. Two years later, when the group took a vote whether to stay or leave, all but five returned home. The returnees were used to a cool temperate climate and couldn’t stand England’s harsh winters. 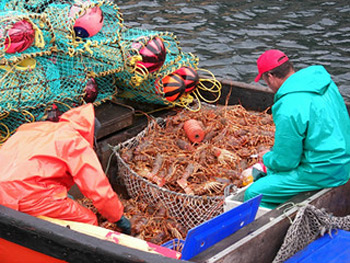 There were no more eruptions, but in May, 2001, a storm accompanied by 120 MPH winds, buffeted Edinburgh and knocked out the telephones, television and internet bandwidth. When an attempt was made to use windmill turbines as alternate energy, they were blown down by a fierce gale. Solar power—expensive but compelling—is being considered by local officials. An Administrator, similar to a mayor, and eleven members of a Town Council, conduct government affairs according to Tristan’s constitution.

The islanders, described as being amicable but reserved, are self-sufficient just like their ancestors who arrived in 1810. Tristan retains a small but diverse population including British, American, African, Scottish, Dutch and Italian families. Surnames from long ago still pop up in the local newsletter: Collins, Elsemore, Glass, Green, Hagan, Lavello, Repetto, Rogers, Squib and Swain. The people don’t see much of their British governor who resides 1,300 miles away on St. Helena, an island with 6,000 residents. 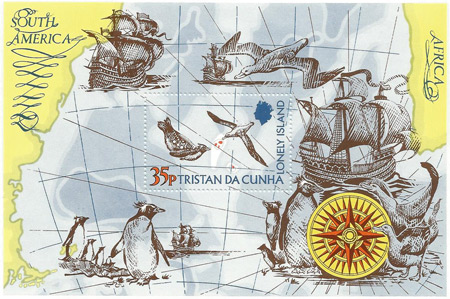 Tristan’s economy thrives on fishing, farming and postage stamps. Yes, postage stamps which feature beautiful scenes of nature, marine life, sailing ships and more. Island entrepreneurs have composed, produced and sold them for years, gaining a profitable niche in the philatelic world. Tristan rock lobster, trapped or netted from two-man dinghies, remains the lifeblood of the island. Generators supply electricity to the local factory and the Settlement. Diesel fuel to run them is transferred to storage tanks by a pipeline from offshore supply ships. Processed at the local factory, the whole lobster or just the tail is sealed in a Zip-Loc bag, frozen, boxed and transferred to a refrigerated cargo vessel. The next stop is to Cape Town, South Africa, for worldwide distribution. While fish and lobster provide staples from the sea, farm crops yield harvests grown in volcanic ash that creates a time capsule rich in nutrients. Enhanced by pure water from mountain springs, a variety of vegetables emerge from the rich volcanic ash. Potatoes have been growing on terraced slopes for generations. Tristan deep fried potato cakes are to die for, along with pastries, pies, cakes and breads prepared from scratch by prideful homemakers. Lamb, mutton, beef and poultry supplement a diet that some say “creates the healthiest people in the world.” 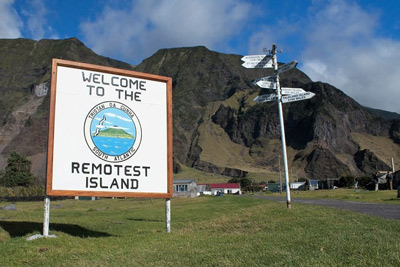 The Welcome sign is out. Visitors from cruise ships, sailing from Cape Town, South Africa, tour Tristan for the day. There are no hotels on the island. Credit: Cape Town Tourism.

The island is 6.8 miles in diameter and its citizens of Edinburgh, the only residential site, have the necessities of everyday living without luxuries. Yet, that doesn’t faze them in their endeavor to carry on a diligent work ethic, while embracing heartfelt family life in a close knit community. When a reporter from a British newspaper wrote an article calling Tristan da Cunha the “loneliest island in the world,” a homemaker responded: “We’re remote but not lonely. We live a simple life where family comes first and friendships last a lifetime. We have fresh air and no crime. We labor together, worship side by side and enjoy our bounty from the land and sea. We take great pleasure in the little joys of life, something many people on the mainland have forgotten in their quest for material things that aren’t vitally important for true happiness.”