The U-480: When the Hunter Became the Hunted

The British were sick of the death and destruction suffered when four of their ships were sunk by a German U-boat in August, 1944. They had already lost other vessels as Allies of the United States in WWII, but this was different. They had been hoodwinked by a German innovation. 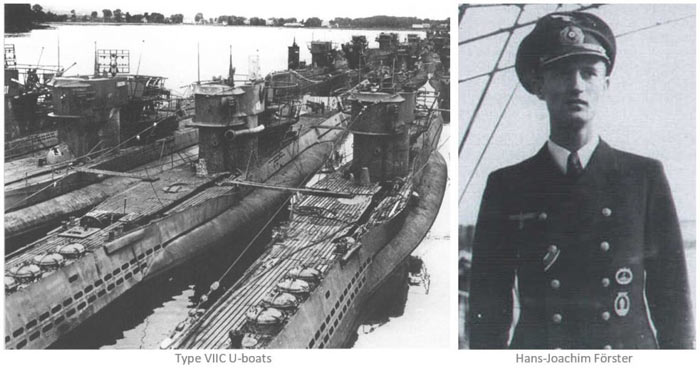 Type VIIC U-boats. The Germans built nearly 600 of this type during WWII. Commander Hans Joachin Forster of the U-480. Credit: U.S. Navy

It was bad enough losing four ships in five days: the minesweeper Loyalty; the Canadian corvette warship Alberni; and two merchant vessels, the Fort Yale and Orminster, but news of the missing seamen hit home even harder. Leaders of the United Kingdom Naval Command were frustrated and needed some answers. Facing a major turn-about in the war at sea, they weren’t sure exactly what was happening. 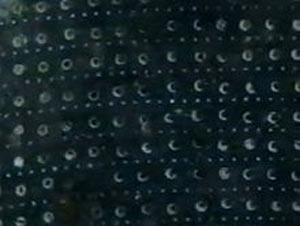 The culprit was the U-480, an experimental Type VIIC U-boat considered to be the first stealth submarine in WWII. In order to reduce the sonar echo of U-boats, the Germans experimented with sound absorbing synthetic rubber tiles glued to the outer hull and conning tower. Code named “Alberich,” after the German mythological dwarf who could make himself invisible, the attempt at skullduggery wasn’t new. The Germans tried to develop a stealth submarine in 1940, but ran into too many problems to continue working on it. Thousands of hours of intensive labor were needed to attach the 4-mm thick rubber tiles to the hull. Then some of the adhesive wasn’t adhering to the metal and the workmen were needed to complete other U-boats. But they tried again in 1944 and launched a successful covert product.

The U-480 was commanded by Hans-Joachim Forster whose “kills”earned him the Knights Cross and German Gold Cross. He liked his VIIC that some seamen called the “workhorse of the fleet.” It was a submarine of average size, 220 feet long, loaded with 14 torpedoes and 14 tube launched mines. Close to 600 of this type were built by the Germans during the war. Manned by 44 crew and four officers, it was on its third patrol near the mouth of the English Channel in August, 1944, when it came upon the first of four easy marks. Simply called the “Channel,” this waterway passage from the Atlantic Ocean separates Southern England from Northern France and is best known for the 1945 D-day invasion of German occupied France by the Allies in WWII. The busiest shipping lane in the world, the Channel was teeming with Allied vessels during the war, making it perfect for the U-480’s cloak and dagger strike. 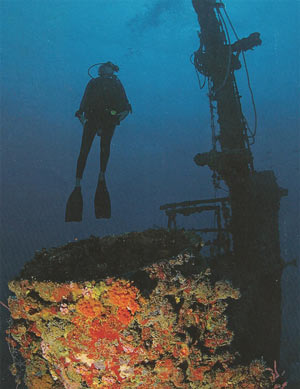 British were doing well avoiding submarine patrols until the rubber covered U-boat arrived on the scene. Through interviews with sonar operators and survivors of the torpedoed ships, naval investigators discovered their sonar detection had lost at least 15 per cent of its range while trying to unmask the sleuth submarine. This doesn’t sound like much, but it was enough to allow the enemy to move in close to its target. In some instances, it wasn’t detected at all.

This alarmed the Anti-Submarine Division Investigation Committee (ASDIC) which assembled engineers, physicists, navy brass and communication specialists to a “cat and mouse” meeting for sharing information and mapping a plan. It was agreed not to analyze the enemy’s sound navigation and range finders, but to set a trap to annihilate the aggressor. This hatched the Mine Mission Campaign codenamed Operation Brazier D2. In a coordinated effort, naval ordnance journeymen and construction crews, similar to the U.S. Seabees, laid the mines like lanes in a bowling alley. It wasn’t an easy task considering all Allied ships in the area had to be re-routed. A plan was drafted. It was “tit for tat,” the Germans having duped the Brits, and they in turn, designing their own devious trap.

The trap was sprung in late February, 1945, when one of the mines located between Land’s End and the Scilly Isles exploded leaving no debris field. As time passed, with no further threat from enemy U-boats, naval intelligence, aided by Dr. Innes McCartney, British nautical archaeologist, reported the official loss. Commander Forster, his submarine and 47 other men aboard went missing in action.

In 1997, the remains of a VIIC U-boat, its stern badly battered, was discovered in 180 feet of water by divers searching for Allied vessels sunk during the war. This ended the cat and mouse game, sleuth versus sleuth, both parties outsmarting the other. And, as in all wars, brave men and their ships were lost fighting for their country and its causes.

Note: Submarines still use the Alberich coating, but its composition remains classified
information.