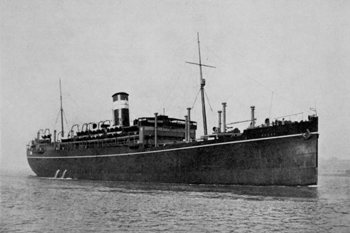 The HMT Rohna was sunk in 1943. The War Dept. kept its demise a secret. Information wasn’t declassified until 1995. Credit: National Archives.

Secrets, secrets, secrets! Why is it our government and other regimes simply call an incident or encounter “classified information” when they don’t want anyone to know about it? Denise Sharp, a historian from Brookeville, Maryland, says, “Their secrets are difficult to unravel unless you have the determination to follow every little clue that might lead to a cover-up.” That’s exactly what she did when discovering that the U.S. government and its military had hushed up the sinking of a transport ship during WWII. The HMT Rohna, a passenger/cargo vessel converted to a troop ship in 1940, was sunk by the Germans on November 25, 1943. Blurbs about the incident appeared in a few newspapers, but for reasons unknown, no details were released. Except for the loved ones of the l,115 troops and crew who were killed, most people viewed the tragedy as just another one of the thousands of Allied ships sunk during the war. 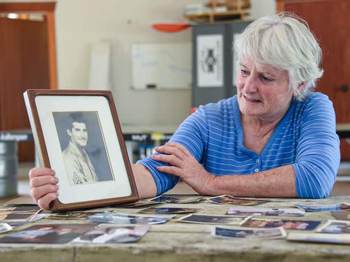 Mrs. Denise Sharp shows a photo of her father whose story encouraged her to unearth more facts about the tragedy. Credit: Baltimore Sun.

Mrs. Sharp’s father, Donald Doerer, fought in Europe during WWI, but seldom spoke about it. He closely followed the events of WWII and told her about visiting the mother of a friend who was missing in action. “She was devastated,” Mrs. Sharp recalls. “My father said she cried and cried and revealed that the only response she received from the military was a terse telegram sent six months after the battle at sea informing her of “the loss of her son when his ship was sunk by the enemy.” U.S. Army Air Force Sgt. Earl V. Hahn Jr., from Baltimore, was listed in the losses when his ship went down off the coast of Algeria after being hit by a bomb dropped from a German airplane.
As Mrs. Sharp dug deeper into the story, which was fast becoming a cover-up, she took all the little threads and wove them into a complete tale.

The British India Steamship Company built the SS Rohna as a combined passenger and cargo ship in the 1920s. Once the war broke out, the British government commandeered it, renamed it HMT (His Majesty’s Transport) Rohna and painted it black. Pressed into service as a troop transfer ship, it could carry as many as 2,000 very cramped soldiers. The Rohna and four other troop ships left Oran, French Algeria, on Thanksgiving Day, 1943, destination… the Suez Canal. It soon joined a convoy making its way from the UK to Alexandria, Egypt, Northeast Africa. As the ships passed through “Suicide Alley,” a dangerous Mediterranean Sea Strait, sure enough along came two dozen German heavy bombers and light aircraft flying from the West with the sun behind them. But the enemy faced fierce opposition. That’s why ships sail in a convoy, this one protected by the Free French Air Force and British Spitfires. 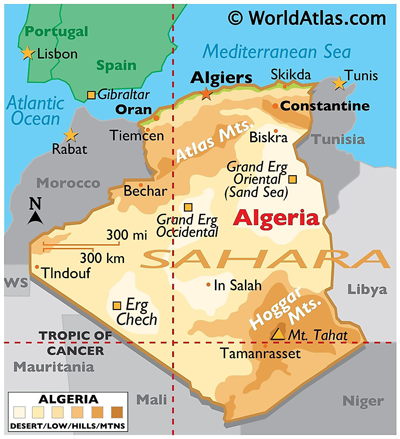 Sailors in the convoy cheered as the enemy planes departed not having made a “kill” during the sudden attack. But seeing is believing and it was hard to comprehend what happened next. As a Luftwaffe aircraft, one of Herman Goring’s Strategic Air Command bombers left the scene, an object flew out of it, made a 90 degree turn and bore in on the Rohna. Our navy later learned it was an HS-293, a cutting edge “glide bomb” that could change direction and track its target at 500 miles an hour. Radio operated, it was the forerunner to our present day guided missiles.

As it struck the ship’s waterline, the bomb tore a hole through both sides of the hull, exploded and killed 300 instantly. The remaining victims scrambled for the lifeboats or leaped into the water and watched their ship disappear in deep water 15 miles north of Tunisia. It sank within 90 minutes of the attack. Seventy of the survivors were rescued by the destroyer HMT Atherstone, while other ships picked up over 800 others from the water or lifeboats. The losses came from the explosion or drowning. The attack was the largest loss of U.S. troops at sea due to enemy action in a single encounter. It also marked the first successful deployment of a “smart bomb” against U.S forces. The War Department swore the survivors to secrecy under threat of court martial, which left the catastrophe all but unknown to the public for more than 50 years. 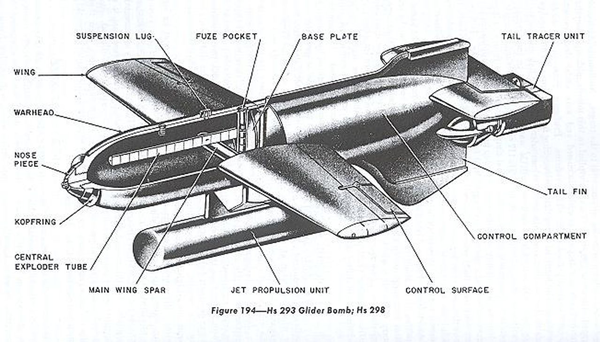 A “glide bomb,” forerunner of our present day guided missiles, tore a hole in both sides of the ship’s hull. Credit: U.S. Navy.

Historians who’ve studied the story debate why the War Department—now dubbed Department of Defense—squelched news of the attack. Some say it was a ploy to preserve morale and that people might be afraid the missile could be launched at major cities in the U.S. and UK. Others believe the British government wanted to conceal how poorly equipped the ships were to fend off a smart bomb attack. By the early 1990s, the Defense Department declassified the disaster and records became available to the public. This opened the door for Jack Ballo of Ultravision Films, a South River, New Jersey, filmmaker, to complete a documentary, “Rhona Classified,” which brings the whole story to life. Ballo says, “The film is about what happens when a frightening onslaught like this occurs, becomes classified, and the War Department doesn’t share its secret with families of the deceased. The truth gets lost and history books don’t offer any details. We’ve been working on this film for nearly three years and it’s almost finished. Our major objective is to reach out to families of victims and survivors who’ve yearned for more information for many years.” Anyone who wants information or may have had a relative or friend on the Rhona may contact Jack Ballo: [email protected]. A You Tube trailer may be viewed at: Rohnaclassified.com.

Note: Rhona survivors and relatives have created a Survivors Military Memorial Association whose members have met in various cities almost every year since 1993.