The SB Pulaski: A Story of Tragedy, Romance and Treasure 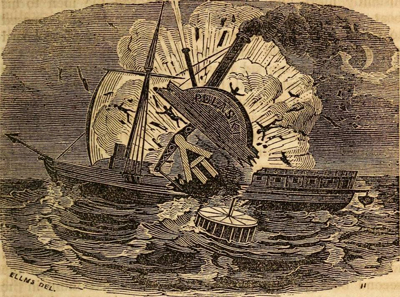 Is there a word or phrase for happiness that occurs after a tragic experience? “Every cloud has a silver lining,” “it was bitter sweet,” “comfort in time of distress,” might apply. Yet, when half of the 200 passengers and crew are lost at sea in a freak accident, it’s difficult to find happiness of any kind. But the aftermath from the tragedy of the SB Pulaski, a passenger/freight steamboat that sank off the coast of North Caroline, June, 1838, kept it in the news in a good way. A romance blossomed shortly after the disaster, new safety at sea rules were approved and artifacts, including coins, silverware and jewelry, were discovered more than 150 years later.

The vessel, one of four sailing under the Savannah, Georgia, and Charleston, South Carolina, Steam Packet Company flag, left Savannah on June 13 with 102 passengers and crew plus a load of U.S. Post Office mail packets. After a stop in Charleston, where it boarded 65 more passengers, the paddle wheel steamer headed for Baltimore, Maryland, its final destination. When Capt. John Dubois left Charleston, the boat was making headway in moderate seas until it reached the coast of North Carolina. It was about 10 p.m., after most of the passengers had turned in, that a loud explosion startled and shook everyone aboard. One of the steamer’s two copper boilers, allowed to overheat by neglectful engineers, exploded and instantly killed many passengers and crew including the captain. Those who didn’t die from being scalded to death drowned while the Pulaski sank within 45 minutes of the blast. 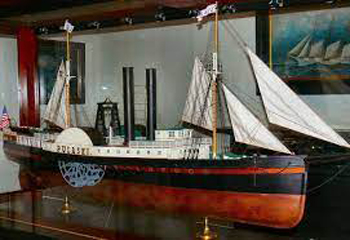 The passengers, many in their nightclothes, sought refuge on the promenade deck. Rapidly taking on water, the boat soon slipped beneath the waves. Two lifeboats were launched, while two others, relics that didn’t pass inspection and never replaced, broke apart and dumped the survivors into the water. Desperate and frightened, they joined others who were clinging to anything that floated. That’s where Charles Ridge, from New Orleans, Louisiana, ended up. Using a coil of rope he found on deck, he had lashed together two settees, two empty rum barrels and a sheet of canvas for a makeshift raft big enough for two. The “two” soon became a lady in distress who he pulled out of the water. Imagine his surprise, even in the darkness, when he realized it was Sally Onslow, a lovely lady in her mid 20s whom he had admired from afar. She was in first class aboard the boat and he was, in his mind, just a peon in second class. He dared not approach her fearing embarrassment for both of them. Now, he was her knight in shining armor. When they came upon a lifeboat that had room for one more person, she refused to leave the raft. 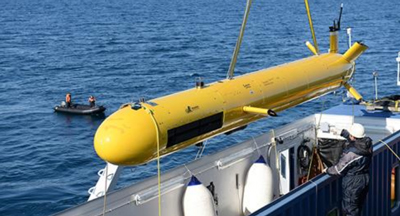 As the two survivors watched the lifeboat drift away, they prepared for the worst. They knew it would be a harrowing experience, but didn’t realize they were destined to spend three more days and nights in a hellish environment with no food, water or protection from the elements. She admired his resourcefulness and strength, while he could barely believe he was with the girl of his dreams. On the third day, the irony of the saga played out on an isolated raft in the middle of the ocean when he proposed marriage to her. Even in her faint condition she managed a hearty “YES!”

Help finally arrived. The schooner Henry Camerdon picked up 30 survivors, while more vessels out of Wilmington saved some of the others. While recuperating aboard ship, Mr. Ridge confessed that his entire fortune, $25,000, went down with the steamboat. He told her she could opt out of their engagement. With tears streaming down her face, she reminded him of what he told her aboard the raft: “We will either live or die together.” She told him money or lack of it wasn’t an issue. She held back at that moment, not wanting to shock him, but told him later that she was heiress to a $200,000 family estate. (It would be worth $3.5 million today). The couple married and settled in Baltimore where he opened a successful business on the waterfront. Their love story and his heroics were reported in newspapers throughout the world. 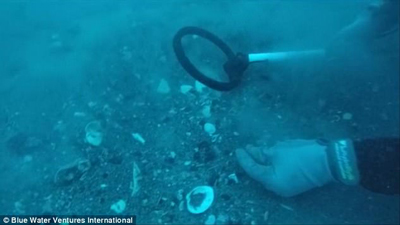 The Pulaski was the epitome of luxury and comfort, accommodating first class and second class passengers. Some of the wealthiest families in the South were aboard the boat heading to luxurious resorts in Saratoga Springs or other fancy vacation spots. They carried fortunes in silver and gold coins to support the lifestyle they were accustomed to. Paper money and checks were risky in those days when many banks had failed. They also took silverware, dinner plates and fine china so they could entertain in a fine southern style. The boat was called the “Titanic of its era” due to its ritzy opulence and the manner in which it sank. Just like in the Titanic story, it was a feather in the caps of the affluent passengers when they told their friends they were traveling aboard the SB Pulaski.

Salvage divers searched many years for the paddlewheel steamboat, but it wasn’t until the summer of 2018 that a surprising discovery was made by Blue Water Ventures International, a company out of Jacksonville, Florida. Partnered with Endurance Exploration, Clearwater, Florida, the salvage teams used high tech sonar with cutting edge transducers to pick up a debris field that was missed in the past by other subsea operators. Broken in two when it sank, the boat left a long trail of flotsam and jetsam far offshore, not far from the Gulf Stream. Searching a mile beyond the original recorded wreck site, divers found the boat’s stern and keel in 115 feet of water. Another large pile of wreckage was detected two miles to the south. 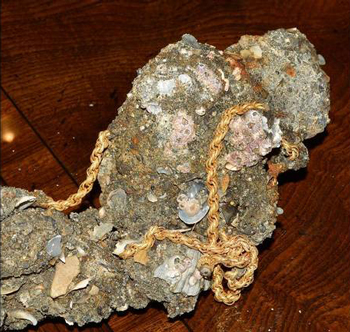 Gold chain belonging to one of the passengers was found on encrustation from the shipwreck. Credit: Blue Water Ventures International

“The 100-foot-long keel and stern are the largest parts of the wreckage,” said Keith Webb, President of Blue Water Ventures. “That’s where the upper class passengers’ cabins would have been located.” Webb says his team will be diving on the wreck for a long time. Initial discoveries included 500 gold and silver coins and 10 gold watches. Some of the rare coins date back to the 1700s. Other finds include a token and a candlestick with the boat’s name on them, straight razors, tobacco pipes, hair pins, combs and jewelry. More artifacts continue to be found in cold but clear waters where divers use nitrox gas to extend their bottom time.

As in many disasters at sea, when equipment fails or periodic inspections have been neglected, something good comes from something bad. In this case, public opinion prompted Congress to pass regulations that governed steamer inspections, earmarking the vessels’ engine rooms and lifeboats. The victims of the Pulaski’s demise didn’t die in vain. Other passengers, aboard other ships at other times, could have faced disaster at sea, but were saved by preventive safety measures, particularly a competent workforce in the engine room and sturdy lifeboats.

Note: Special thanks to Jack McDonald, Prof. Emeritus, Towson University, Towson, Md. for helping with the research on the SB Pulaski.