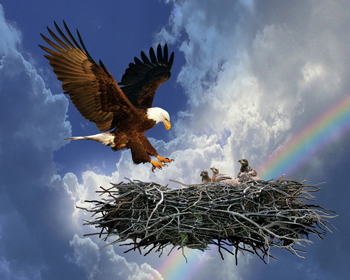 In Australia, many names of people, places and things are taken from the Aborigines, native inhabitants that settled the country more than 50,000 years ago. Hence, the SS Warrimoo—meaning Eagle’s Nest or Landing—was chosen for the 345-foot passenger ship launched in England in 1892. Its owners, the New Zealand and Australian Steamship Company, never questioned its roots other than taking the word of Aboriginal historians who said it was an honorable nomenclature and politically correct for the times. Thus the ship’s remarkable feat became an extraordinary tale of maritime achievement.

The SS Warrimoo had 32 passengers and was halfway through her voyage while cruising in the middle of the Pacific Ocean on its way from Vancouver, Canada, to Sydney, Australia. The weather was calm and clear on the night of December 31, 1899. Capt. John Phillips was on the bridge puffing a cigar when the navigator completed a star fix and presented the figures, including the LOP—Line of Position—to the ship’s master. A wry smile crossed the captain’s face when he checked his ship’s position and informed the navigator and three of the crew that they were in for a special treat. It was midnight when Capt. Phillips called for the engine to stop, then checked and double checked the position and announced, “We’re here!” The steamship was resting on the Equator at exactly the point where it crossed the International Date Line. But the hearty master wasn’t through.

The SS Warrimoo made history on the night of December 31, 1899. Credit: Tourism Australia

He showed the others how the fore of the ship was in the Southern Hemisphere and the middle of summer, while the aft was in the Northern Hemisphere and in the middle of winter. The date in the aft section of the ship was December 31, 1899, while in the forward section it was January 1, 1900. There were no celebrations in the aft where the ballroom held parties. That section missed New Year’s altogether. It was indeed a “one for the books” maritime success. The captain and his crew set an astounding world record that has never been broken. They were in two different days, months, seasons, years and centuries, all at the same time.

Although Capt. Phillips and his crew completed what some call, “the navigational coup of a lifetime,” they never received any credit until more than 40 years later. The captain wasn’t a braggart and never notified the newspapers of his accomplishment. In 1942, a Canadian reporter doing research on “shellbacks,” the name given to Navy seamen and civilians who cross the equator, came across a tiny blurb in an early Australian newspaper that told about the Warrimoo’s “strange” experience. In 1953, writer John Euller popularized the story by writing more about it in Ships and the Sea Magazine. As word got out and garnered more publicity, some people started to question the story. They said the navigational instruments used in those days weren’t accurate enough to gather all the data to support the captain’s claims. They thought it foolish to deal with 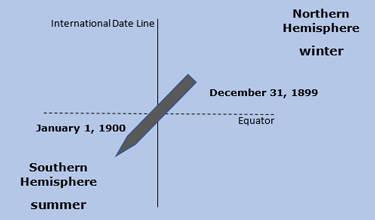 imaginary lines. Others disagreed. They said the perfect weather, accompanied by calm seas, created just the right scenario for locating and holding the LOP while idling the engine at just the right spot. They also added that this wasn’t brain surgery for a captain and navigator who between them had 50 years experience on the high seas. This was an opportunity of a lifetime that neither one was going to let pass. The story simply didn’t get the hype it would receive in today’s worldwide news.

Unfortunately, the steamship became a victim of “friendly fire” during World War I when it was in a convoy transporting British troops from Bizerta, Tunsisia, to Marseille, France. In May, 1918, she sank off the coast of Tunisia, North Africa, 12 miles southwest of La Galite Island after colliding with the French destroyer Catapulte. (Latin, French for “war machine for throwing”). During the collision, the Allied warship’s depth charges broke free and blew out the bottom plates of both vessels. Some lives were lost as the ships settled in deep waters. 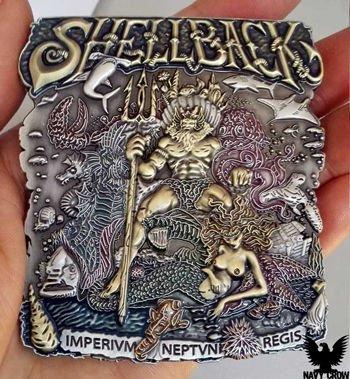 Navy men and others who cross the equator become “Shellbacks.” Credit: U S. Navy

The SS Warrimoo rests on the bottom of the Mediterranean Sea, its story questioned but plausible. Records were meant to be broken, but if accepted, these maritime logs can only be tied, never beaten. Regardless of some people’s convictions, Capt. Phillips and the Warrimoo remains one of the best sea stories of all time.

Note: “Shellbacks” (warriors) go back 400 years in maritime history. Originally Navy men and later civilians, they are welcomed by King Neptune and his court as the ship crosses the equator. There’s lots of hazing and crazy costumes as everyone celebrates the transformation of muddy pollywogs (someone who hasn’t crossed the equator) to a seafaring shellback and noble member of the court.