Each year, when December 7 rolls around, George Carter of Chase, Maryland, reflects on what he and two of his buddies discovered in Pearl Harbor, Oahu, Hawaii on July 25, 1992. That’s when Carter, Gary Larkins and Terry Kirby earned their own little niche in history. 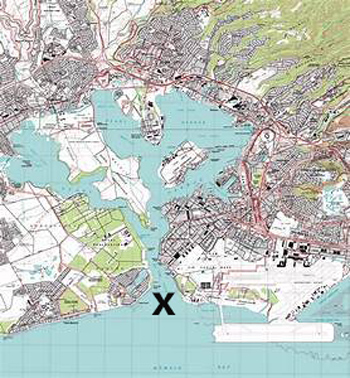 Diving in cramped quarters aboard the University of Hawaii Undersea Research Lab’s submersible, Pisces V, the trio was about to call it quits after six hours on the bottom searching for WWII aircraft. “That’s when,” as Carter described it, “a big dark shadow appeared from out of nowhere.” A closer look revealed the stern section of a two-man Japanese midget submarine sunk shortly before the attack on Pearl Harbor.

A history buff, accredited by the Institute of Aeronautical Archaeological Research, Auburn, California, Carter recognized the sub’s remains right off the bat. He knew the U.S. Navy had been searching in this area for a long time, a one to five mile radius earmarked as the “entrance to Pearl Harbor.” Reluctant to claim a find that wasn’t intact, the dive team took their video of what they found to the curator at the Battleship Arizona Memorial who confirmed it was indeed the highly sought midget submarine. 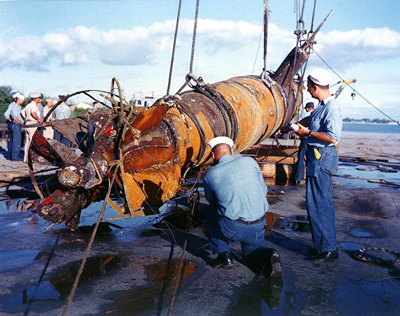 Through research, Carter found five midget class subs were launched offshore from Japanese mother ships at about midnight, December 7, 1941, with orders to sneak in as close to the harbor as possible and wait for the attack. Fortunately, none of them were successful in firing their torpedoes. One of them washed ashore at Bellows Field on the northeast corner of Oahu, while another was rammed and sunk by the patrol destroyer USS Monaghan. Still another one was found by Navy divers inside the harbor in 1965. The one Carter & his team discovered was sunk by the patrol destroyer USS Ward and the fifth one disappeared without a trace.

Ironically, the first shot of the battle at Pearl Harbor came from an American destroyer, not an airplane and the first blood shed was Japanese when the midget sub went down. At 6 am, December 7, Commander Lawrence Grannis, skipper of the Antares, a supply ship heading for Pearl Harbor, spotted a “strange, suspicious looking object” that resembled a submarine. He immediately notified the USS Ward cruising in these same waters.

When the lookouts aboard the destroyer spotted the sub, they were dumbstruck having “never seen anything like this in the U.S. Navy.” General quarters were sounded and the destroyer pulled to within 50 yards of the target and commenced firing. The first shot missed, but the second one hit the sub at its water line. As the invader heeled to its starboard side, the attacker finished it off with depth charges. Captain William Outerbridge immediately reported to the 14th Naval District: “Attacked, fired upon and depth charged a submarine operating in a defensive area.” Records later showed the Bishop Point radio station had logged this in exactly one hour before the air strike on Pearl Harbor. 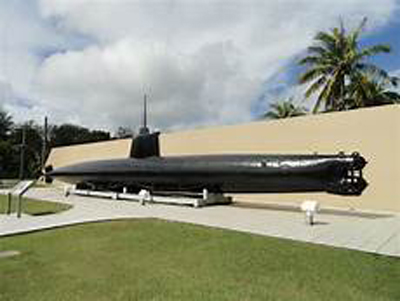 But by the time word of the attack worked its way through the Navy’s chain of command, up to Fleet Commander Admiral Husband E. Kimmel, it was 7 am, 30 minutes before the sneak attack. Unfortunately, Kimmel, having received many false reports of submarines in the outlying area, asked for confirmation of the report and ordered another destroyer to leave port and check it out. But again, by the time one guy talked to another guy—some discussions lasting as long as 10 minutes—precious time slipped by and the Japanese attack ensued.

Another twist of fate evolved from post Pearl Harbor investigations. On one hand, the Japanese Fleet Commander Chuichi Nagumo had been uneasy about the strategy of launching the two-man subs for fear one might be spotted and tip off the attack. Kimmel, on the other hand, had always been apprehensive about Japanese submarines, fearing they might someday attack his ships. Both commanders were correct, only Nagumo was a lot luckier than Kimmel. The time delay was in his favor.

To the readers of this article: I want your opinion. The report of the sinking of the sub was one hour before the attack. The Navy’s red tape and time delay resulted in no preventive action. Now, suppose the report went right through and action was taken. That would have been one hour before the attack. Would it have mattered? Remember, it was a Sunday and the ships had skeleton crews aboard them. How long would it take to fire up the big vessels and get them out of the harbor? Speculate a bit and offer a comment. Give your opinion as to whether that one hour would have made any difference, Thank you. Ellsworth Boyd