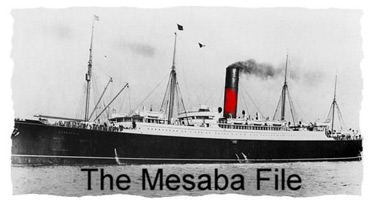 Due to its story line with the Titanic, there’s an entire file on the HMS Mesaba . Credit: National Archives

It took 100 years for the story of the HMS Mesaba and the RMS Titanic to surface again from the deep part of the Irish Sea. The Mesaba, victim of German submarine U-118 on April 1, 1918, was found recently by scientists working from Bangor University’s research vessel Prince Madog (the captain’s pet pooch). The wreck, broken in two in deep water, had escaped discovery throughout the years. A British merchant steamship sailing on a routine voyage in the Irish Sea, it was sunk during WW I when vessels like these were easy prey. Research shows six years before she met her demise, April 14, 1912, the Mesaba had sent a message to the Titanic warning the captain of dangerous icebergs in the area where both ships were sailing. Records also show the message, without explanation in the archives, never reached the bridge. It simply added another “What If” to the Titanic disaster. Later that night, the “unsinkable” Titanic struck an iceberg and sank, etching its place in maritime history. 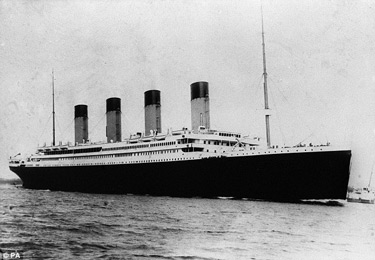 An iceberg warning message was sent to the Titanic, l but it is doubtful the captain saw it. Credit: National Archives

Not to be overlooked, those aboard the Bangor research vessel entered the history books by using the latest means in high technology: multibeam sonar, to make their discovery. An innovative approach, it maps the sea floor using sound waves to detect the Mesaba and more than 200 other shipwrecks such as cargo ships, submarines, tankers, freighters and others that fell under the sonar beams while Prince Madox covered 7,500 square miles of the Irish Sea. For verification, the scientists cross-referenced their findings from the United Kingdom Hydrographic Office data base of shipwrecks. An efficient low cost tool for imaging shipwrecks, multibeam sonar is used by marine scientists, oceanographers, archaeologists and historians. Michael Roberts, a maritime geoscientist at Bangor University relives the scene saying, “There’s no light down there, but artificial lighting gives us a partial view of the remains of the wrecks. Dr. Innes McCartney, another member of the research vessel team and author of a book about shipwrecks, ‘”Echoes From the Deep,” says, “Previously, we were able to dive in shallow waters to visibly identify the wrecks. But now, with these unique sonar deep water capabilities, we have a relatively low cost means of examining all bottoms for the wrecks. This should be of great interest to marine scientists, hydrographers, environmental agencies and others, all of whom appreciate and acknowledge the rapid advancement of high technology in our water world.” 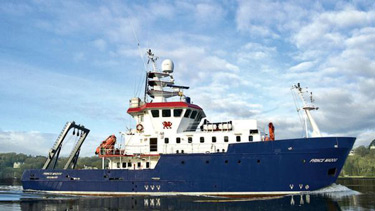 HMS MESABA: Due to its story line with the Titanic, there’s an entire file on the Mesaba. In addition, the owners were obviously concerned and pleased over the detailed investigation. As a newly identified wreck, it drew much attention from mariners, insurance companies and the general public. In his book, Dr. McCartney calls it “a game changer for maritime technology.”

The HMS Mesaba was one of five sister ships purchased by the Atlantic Transport Line to replace ones that had been sold to the U.S. government for use in the Spanish-American War. The 482-foot-long, 6,833 tons steamer, known for being a cargo/passenger ship, was carrying only cargo when sunk. Still, 20 crew and the captain were killed. The 37 passenger cabins were empty due to events of World War I. The steamship’s captain sent his warning message about icebergs drifting on his ship’s course and got a reply, “message received.” All of these details were presented to the U.S. Hydrographic Office when the ship reached port. 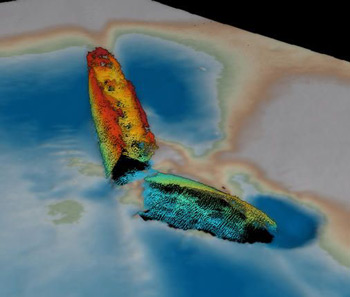 Broken in two and sunk in deep water, the British merchant steamship was a victim of a German U-boat in1918. Credit U.S. Navy

Mesaba had departed Liverpool, UK, and was heading for New York City following the prescribed regular route that many ships took from Europe to the U.S. Since they used the same route, the steamer wasn’t too far from the Titanic when Capt. O.P. Clarke sent his message.

BANGOR UNIVERSITY: The school is proud of its research program which is part of a diversified curriculum based on thinking and experimenting. It offers courses across the sciences, art, business, humanities and law. Administrators call it “a place to think, explore and achieve.” Located on the north Wales, UK, coast between the Snowdonia Mountains and the Menal Strait, it’s surrounded by nature, but not far from major towns and cities. Michael Roberts, marine geoscientist, says the students at Bangor “have the best of both worlds.” Dr. Roberts led the research team on its surveys which opened many doors to further shipwrecks where little or no past history was available. 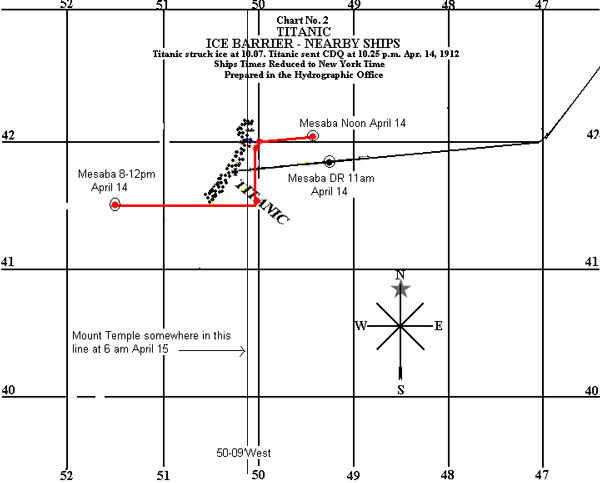 Chart shows how close the steamship was to the Titanic. Credit; U.S. Navy

RESEARCH VESSEL: There were some wrecks in the more than 200 found by the team of the Prince Madog that along with the HMS Mesaba had never been discovered. Working 10 day intervals, the vessel usually surveyed in deep waters where there was a lot of sediment which made identification difficult. Once stirred up, it took a good while to settle down. Much of he funding for the searches comes from the university, but there are other sources that help out with the high cost of sending a ship and its crew to sea for 10 days at a clip. 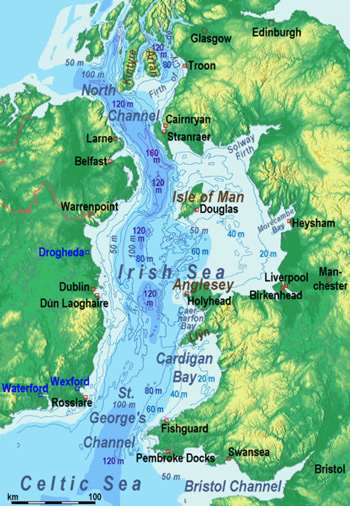 The Bangor research vessel discovered the Mesaba and 200 other shipwrecks in the Irish Sea. Credit: Bangor Un.

THE U-118: Launched in February, 1918, the short-lived German marauder surrendered one year later. While being towed in a storm, destination France, the Nazi submarine broke loose and washed up on Hastings Beach, East Sussex the west coast of England. Crowds gathered to see the iron monster, stripped of her 42 mines and 14 torpedoes, resting on its side in the surf. Later, after being towed again, it reached port and it was eventually scrapped. 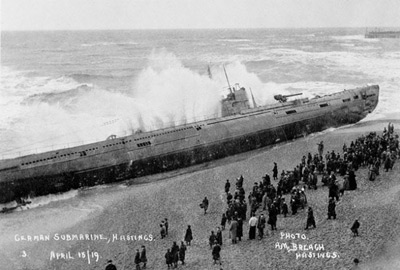 The U-118 which was captured, broke free under tow and washed ashore. Credit: U.S Navy

HIGH TECH: Shipwreck buffs might want to keep track of further discoveries by the research team at Bangor University. Some of the wrecks, which may have been carrying valuable cargoes, will be examined in detail. Other new ones will be charted as well. Multibeam sonar has opened many new doors that were closed before high technology continued to grow.