Could Gordon Cooper’s and Darrell Miklos’ USO be a UFO? 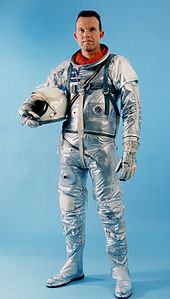 Gordon Cooper was youngest of the Mercury Seven astronauts and a space pioneer. Credit: NASA

When Mercury Astronaut Gordon Cooper retired from the U.S. Air Force Space Program in1970, he left behind a legacy of flight success and intrigue. The flight aspect of his career is chronicled in the long list of awards he received during his military service in the U.S. Marines, U.S. Air Force and finally as an astronaut. In retirement, his treasure covenant with Darrell Miklos, producer of the Discovery Channel’s “Cooper’s Treasure,” is being scrutinized (and perhaps admired) by every armchair space detective in the world.

Aeronautic buffs are quick to point out that Cooper served in the Pacific Theater of War in WWII. By war’s end, he had advanced swiftly from the Marines to the Judge Advocate General’s Corps (JAG) and then to a commission in the U.S. Air Force. Within seven years, he was promoted from test pilot to fighter pilot and two years later was selected as an astronaut in the 1960s “great race in space.” 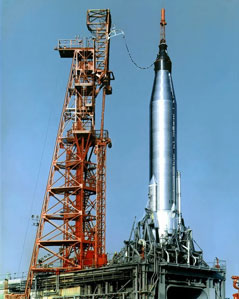 Cooper was a rookie, the youngest of the seven Mercury Astronauts, which included: Scott Carpenter, John Glenn, Alan Shepard, Gus Grissom, Deke Slayton, Wally Schirra and Cooper. On April 9, 1959, the National Aeronautics and Space Administration (NASA) officials in Washington, DC, honored and introduced the astronauts and their Mercury projects to the pubic. These were the final seven of the 68 candidates who were interviewed and tested. John Glenn was the oldest at age 37 and Cooper the youngest at 32. The ceremony, according to Glenn, “was like getting a star on Hollywood’s famous Walk of Fame.”

In May, 1963, Commander Cooper circled the earth 22 times in Spacecraft Mercury Atlas-9, nicknamed Faith-7, logging in nine days and nine hours. He followed this in 1965 with co-pilot Pete Conrad aboard the Gemini-5. They set a new space endurance record that proved a USA spacecraft could remain up there long enough to go to the moon and return to earth. (close to one half million miles).These weren’t the only “firsts” that Cooper accomplished during his career. He was the first American to sleep in space; the first to be televised in space and the first to fly two missions. He was the last astronaut to solo in space. Spacecraft, as they grew, could house entire teams. These were the early days of probing, testing and trailblazing in space. Some pilots say the astronaut teams were the Lewis and Clark expeditions of our day.

Cooper was a Renaissance man. He loved cars, speedboats and flying. Not many people knew it, but he was a treasure hunter whose interest in shipwrecks prompted him to chart another course. NASA hadn’t been particularly kind to Cooper, writing him off future expeditions where his fellow astronauts were participants. The upper echelon didn’t like him racing cars and fast boats. He was banned from some of the major events including the “24 Hours of Daytona” in 1968. Not too fond of his next assignment as a “space spy,” “Gordo,” as his friends called him, made the best of a paltry situation. His role was to patrol the skies looking for nuclear threats and long range detection equipment that didn’t belong to the U.S. or any of our country’s friendly nations. This left mostly Russian submarines or nuclear missile sites. He found a few, but best of all he fulfilled a treasure diver’s dream of mapping Caribbean shipwrecks. He recorded hundreds of black spots (magnetic anomalies) that he cited as shipwrecks. Many of them, sunk in deep water, could be Spanish galleons and as renowned Florida and Caribbean treasure guru Carl Fismer said, “Who knows what else?” 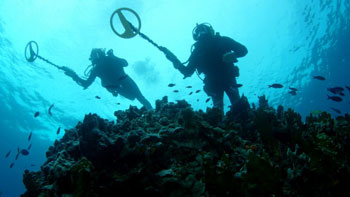 Cooper mapped over 100 anomalies when he returned to earth and gave the results to a friend, Darrell Miklos. Divers and armchair archaeologists know Miklos from the popular television show Cooper’s Treasure. He comes from a family of shipwreck explorers and treasure hunters. Many will remember his father, Roger Miklos, who taught his son the high tech methods employed in the hunt for historic treasure sites .“I investigated some of Gordo’s charts, maps and coordinates and realized there was something else on the maps that he had referred to as ‘being from another world,’ Darell adds, “A spaceship is what it had to be because Gordo had confided in me that he believed in aliens. Next, he let it all out, testifying before the United Nations in 1978 that he had seen unexplained aircraft several times and described in detail his recollections of them. He believed we had visitors from other planets and that a lot of these ‘things’ landed in this particular part of the world. So UFO—Unidentified Flying Object—was added to our USO—Unidentified Submerged Object and we set out to find it. 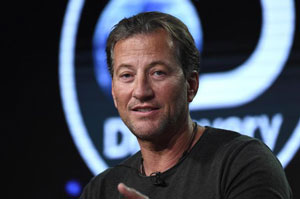 “We chose one of the sites marked in black that Gordo had referred to, which was near the Bahama Islands on the edge of the Bermuda Triangle. The depth was 300 feet and I was in an underwater submersible peering out the window in awe. Something resting in the sand shocked me. Right away, I knew it wasn’t a shipwreck. So if it wasn’t a shipwreck, what was it? For sure, it was like nothing I had ever seen before in more than two dozen discoveries. It was a large structure and definitely not nature made such as a coral formation. We took some photos and explored it later on scuba using mixed gases to gain more bottom time. Our metal detectors didn’t reveal any significant artifacts, so that was the extent of our alien adventure. It was too big to try and bring up without specialized, heavy duty equipment.”

Miklos put his project on hold for a later time. After all, these were treasure hunters with shareholders who might not give a hoot about space ships. These are international waters and the Bahamian government might want to participate in the recovery. Our government, especially the military commands, keeps a tight seal on its files of sightings throughout the world. It fears international interference such as when Spain caused a big stir over American salvors finding their galleons sunk off our shores. There’s also the possibility of mass panic, as depicted in H.G. Wells’ book and Hollywood’s film on “War of the Worlds.” 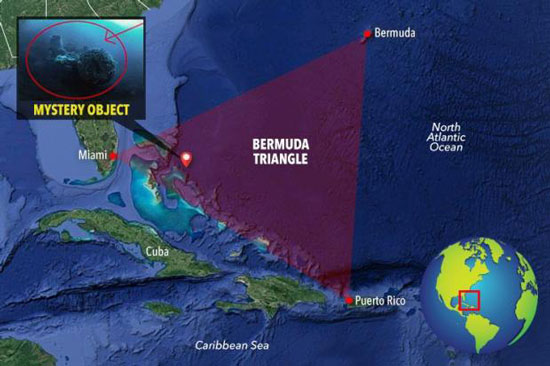 The USO (Unidentified Submerged Object) that Darrell Niklos found in the Bermuda Triangle was like nothing he had ever seen before. Credit: Gemini Marine Exploration

Miklos admits that he holds the keys to either the most fantastic find in the world today or possibly a can of worms. He says he’ll let us know when he’s ready to open the door. Meanwhile, tune in to Cooper’s Treasure and keep an eye on the adventures of Darrell Miklos and his USO.