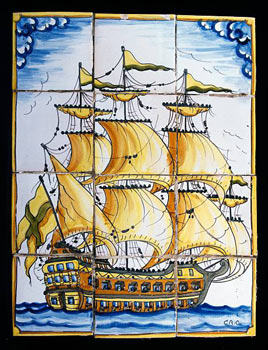 Since the earliest days of Euro/American settlements on the Oregon coast, stories have been told of a shipwreck laden with large blocks of beeswax, candles, Chinese porcelain and other exotic artifacts from the Orient. At first, settlers thought it might be a Chinese junk, a Portuguese trader or an English pirate ship and referred to it as the “mystery wreck.” But upon further investigation of the artifacts and studies in the Spanish Archives, the ship was determined to be a Manila galleon.

These multi-deck trading ships sailed for two and a half centuries linking the Spanish Crown’s Viceroy of New Spain in Mexico City with her Asian territories far across the Pacific Ocean. From 1565 to 1815 they made just a few voyages yearly between Acapulco, Mexico and Manila in the Philippines. Treasure ships, carrying silver and gold coins and bars minted in the New World (also called New Spain) sailed west and returned with exotic cargoes shipped from the Orient to Manila. Much in the shipments was sold to the wealthy, such as fine China, ivory, jewelry, ceramics, silks, spices, tea and handmade items they could brag 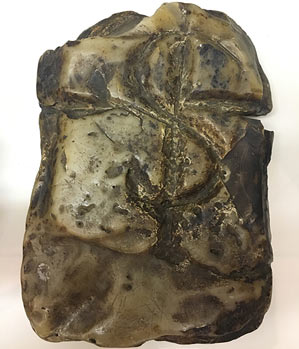 about. The best of them were given to the king and queen of Spain or sold in European markets. The wreck has never been located, but artifacts, in addition to the beeswax, have been found for years suggesting it is a Manila galleon of the Spanish Empire. Some of the ships were constructed of durable teakwood with holds large enough to contain a vast amount of goods. The beeswax, engraved with Spanish script and symbols, gave further clues to archaeologists who left no stone untouched in their eager desire to identify the wreck. They discovered wings of bees native to the Philippines inside the wax. It was never discovered, however, how a Manila galleon was sailing off the Oregon coast far north of its California trade routes. It’s possible the ship was blown off course in a storm, became disabled and drifted on to the rocky shoreline. 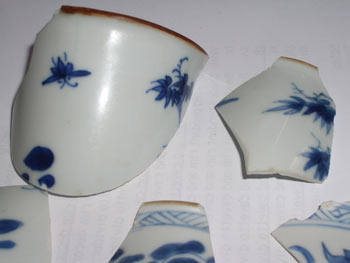 Upon studying designs on the porcelain shards washed up on the beach, a team of researchers led by chief analyst Scott Williams of the Maritime Archaeology Society determined the galleon must date from the late 17th century. Detailed records kept in the Archives of the Indies, Seville, Spain, verified that only two Manila galleons went missing during the late 1600s: the Santo Cristo de Burgos and the San Francisco Xavier. Williams and his team concluded that a tsunami that struck the Oregon coast in 1700 dispersed the artifacts which were from the Cristo de Burgos. Written accounts of the galleon’s history are found in publications such as the July 2018, issue of the Oregon Historical Quarterly. Titled Oregon’s Manila Galleon, it describes past findings and on-going research. The article covers interesting information about the crew, passengers and cargo aboard ship. In June 2022, park rangers and archaeologists removed a large timber, discovered by beachcomber Craig Andes, from the rocky shore of Manzanita, a coastal city in Tillamook County, Oregon. Its remains fit in with a previous account that confirmed wreckage along the seaside cliffs of Rockaway Beach. Williams described the discovery as “an exciting leap forward in verifying past findings.” Andes had previously found other timbers in caves by the sea in 2013 and 2019, further proof that the Oregon discovery was no longer a “mystery ship.” 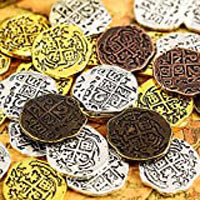 Steve Lloyd, an Anchorage diver who gives talks about his 20 years of shipwreck searches says, “We have no positive proof that this is the Santo Cristo de Burgos because another old wooden vessel was hit and wrecked by a tsunami around 1700. We’ve recovered some ribs and deck planks, cleaned them up and determined they weren’t from the galleon. However, we’ve also recovered at least 20 pieces we believe are part of it. Many questions remain such as: Was this ship caught in one of the tsunamis of that era? Is part of the ship still offshore or is it on land? If the tsunami picked it up and deposited it on land, where is the offshore source of the porcelain, beeswax and wood that continues to wash ashore? Someday the wreck will be discovered and then and we’ll get the answers to these questions. Meanwhile, the hunt goes on.” 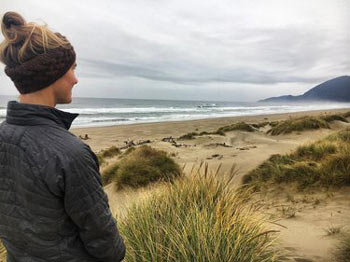 Nehalen Bay has beaches where artifacts have been found. Credit: Scott Williams

Visitors might wish to peruse the beaches in the Nehalem State Park on its ocean or bayside. Located 15 miles north of Tillamook and 83 miles north of Portland, the Bay is an estuary at the mouth of the Nehalem River that drains a watershed of 855 square miles in the Oregon Coast Range. The name is derived from the Nehalem, a sub-group of the Tillamook people who inhabited the area years ago. The town of Nehalem is located at the mouth of the Nehalem River on the western shore of the Bay. It was founded in the latter part of the 19th century and supported by logging, fishing and shipping. Hiking, biking, fishing and beachcombing are popular family pastimes here during seasonal vacations. 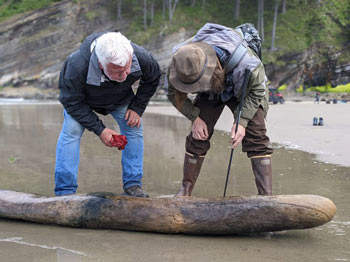 More about the area, including the Nehalem Split—a long shore dune that separates Nehalem Bay from the Pacific Ocean–can be found in Pioneer Trails of the Oregon Coast by Samuel N. Dicken. It has been mentioned as a possible site of the galleon’s sinking. The Cannon Beach History Center, 12 miles north of Nehalem, has exhibits and artifacts from the Santos de Burgos and other Oregon shipwrecks. For those who love archaeology history and Northwest legends, you can’t do much better for interesting beach or armchair reading than the Oregon Historical Quarterly or Samuel N. Dicken’s books. In most articles and books, it indeed indicates that the “search does go on.” 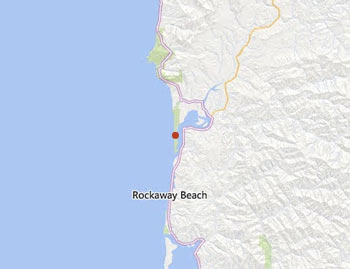