The United State Coast Guard (USCG) has made many courageous rescues since its inception in 1915 and remains a stalwart military force. Although it doesn’t garner the attention or glamour heaped upon our Air Force, Navy or Marines, the USCG continues its “blue collar” workload with little fanfare. But such wasn’t the case on February 18, 1952 when four brave men made a dangerous and daring rescue that drew worldwide attention and launched a flood of praise in the global media. 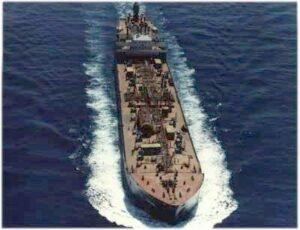 The SS Pendleton was a class T-2 tanker built for the U.S. Navy in 1944. One of the “Navy Oilers,” she played a significant role during WWII by transporting oil, diesel fuel and gasoline to ports along the eastern seaboard. The T-2s, built hastily during WWII, were prone to “metal fatigue.” When cracks appeared, usually in cold weather, metal belts called “crack arrestors” were attached to the hull for reinforcement. Sold in 1948 to National Bank Carriers, Wilmington, Delaware, the 504-foot vessel served commercially until 1952 when she broke in two during a severe nor’easter storm off Chatham, Massachusetts, on the southeast tip of Cape Cod. 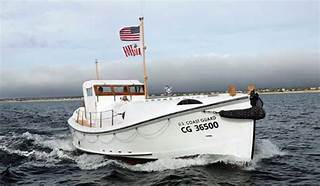 The Chatham Harbor Coast Guard Station was left on its own, the only remaining rescue operation available at the time. The Boston and Nantucket stations had dispatched their crews to the SS Mercer, another T-2 tanker which split in half in the same storm. When the SS Pendleton radioed for help, four Chatham volunteers stepped forward headed by Boatswain’s Mate First Class Bernard “Bernie” Webber. Theirs was a suicide mission in the minds of some who were present at the time. Manning the motor lifeboat CG36500, a 36-foot USCG rescue carrier with a capacity of 12 passengers and crew, the brave quartet set out to try and save 32 mariners stranded on the Pendleton’s stern. The ship’s bow had drifted away in the heavy seas.

With darkness setting in, Boatswain Webber timed the bursts of the engine to ride each wave as it broke. He steered the wooden boat into the open sea after passing over Chatham Bar, a chain of hazardous shoals outside the harbor. Losing his compass when the boat almost capsized, Webber used dead reckoning to reach the remains of the tanker. Having split in two about 10 miles offshore, its crew hunkered down in a passageway, the stern was listing to its port side and floating aimlessly toward the shoals. 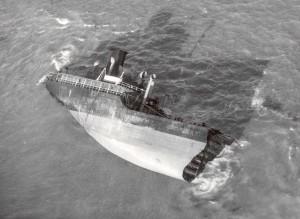 Although the SOS had been received and confirmed, the stranded sailors wondered how any small boat could find them and then maneuver in darkness, gale winds and heavy seas. Webber’s crew knew they were on target when their spotlight, aimed at the upper deck, revealed a lone lookout. Soon the rest of the seamen appeared at the railing. One by one, they descended a Jacob’s ladder that was lowered down the side of the hull as Webber reversed the engine and timed his approach to the pitch and yaw of the tanker’s stern. Warned that the next to last rung of the ladder was missing, the men had to make a leap to the deck of the bobbing boat. Unfortunately, one didn’t make it. The ship’s cook, 350-pound George “Tiny” Myers—who had helped his shipmates mount the ladder before he took his turn—leaped and missed the boat. As both vessels rose and fell in the surging waters, “Tiny” Myers disappeared in the foamy trough between the vessels, the only loss during an incredible rescue.

The return to shore wasn’t easy. Overloaded by twice its capacity, the seaworthy craft crossed the threatening shoals and arrived safely at Chatham Harbor. As news of the rescue flashed worldwide, the USCG arranged for Boatswain Webber to receive a gold lifesaving medal, its highest decoration for heroism. But Webber refused to accept it unless his boat crew got one too. The high command conceded. While being heaped with praise at the ceremony for meritorious service, all four honorees repeatedly said, “We were simply doing our job.” 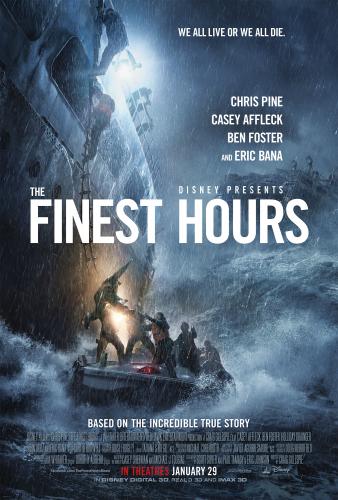 The 1952 rescue remains one of the most heroic accomplishments in USCG history. In 2016, a popular book, The Finest Hours: The True Story of the U.S. Coast Guard’s Most Daring Sea Rescue, by Michael Touglas and Casey Sherman, was made into a film starring Casey Affleck and Chris Pine.

Amid the acclaim heaped upon the heroes, the USCG did not forget those who were lost on the SS Pendleton. The Coast Guard was well represented at the merchant marine memorial held for “Tiny” Myers and the eight men, including the captain, who died when the bow drifted shoreward and sank on the shoals near Chatham. The wreck was refloated and salvaged a year later. Meanwhile, the stern, grounded off Monomy Island near Chatham, became a hazard to navigation. After the U.S. Army Corps of Engineers detonated it, some of the ship was salvaged and the rest left for exploration by New England sport divers. But the salvors also left behind winds, waves, swells and rip tides, all contributing to the water’s low visibility. What were once steel girders and sturdy bulkheads became shattered homes for a variety of marine life including cod, bass, flounder and lobster. State law allows spearfishing, but it’s unlawful to remove or disturb the wreckage.

The USCG remains a unique military branch composed of men and women who are responsible for saving lives, protecting the environment and securing America’s coastlines and waterways. Its motto: Semper Paratus, a Latin phrase meaning “Always Ready,” remains as bona fide today as it was when the service was founded more than 100 years ago.