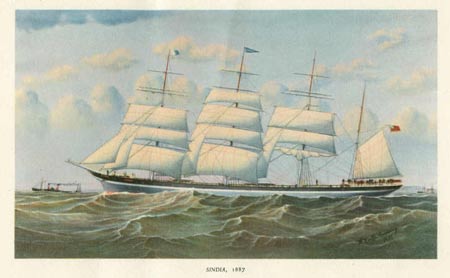 A golden Buddha, fine bone china, jade figurines, gems and other Oriental treasures were rumored to be hidden aboard the SV Sindia, a majestic windjammer that ran aground off Ocean City, New Jersey, in 1901. Still another conjecture had the lower cargo hold of the three-deck, four-masts bark filled with treasure looted from Buddha temples during China’s 1900 Boxer Rebellion. (An uprising by militia known as the “Boxers,” practitioners of Chinese martial arts.).

The ship, flying the British flag, had stopped in Shanghai prior to leaving Kobe, Japan, where it loaded 200 tons of manganese ore as ballast and a product to be sold later. Treasure hunters were delighted with the scuttlebutt. What better place to stow smuggled Oriental treasures than in crates labeled “manganese ore?” But little did Capt. Allan Mackenzie and first mate George Stewart realize the ore, along with other unforeseen circumstances, would add to the Sindia’s demise? 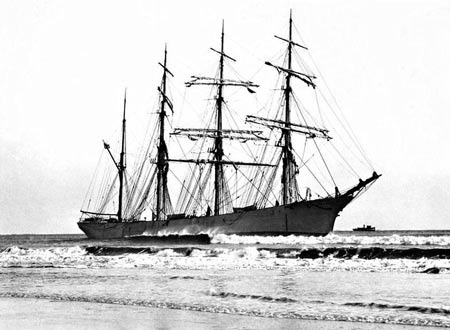 Her square-rigged sails unfurled for most of the long journey, Kobe to New York City, the windjammer almost reached its destination. On the fourth night of a December gale, winds, rain, fog and heavy seas launched a chain of events that spawned the Sindia’s last voyage. Blown off course, the ship veered toward shore where the lookout mistook the glow from a Cape May, New Jersey, lighthouse for the entrance to the Hudson River. It wasn’t long before the keel dug into the sand and the surf poured over the bow tossing the crew around the deck like rag dolls. They all knew what had happened…their ship had run aground. With shattered sails and ripped rigging, it fell victim to churning seas that spun it broadside about 150 yards from the bathing beach, between 16th and 17th Streets. The captain’s distress signals were spotted by two local lifesaving stations which sent a breeches buoy and lifeboat to the scene. Battling rain, cold and swirling surf, they rescued the captain, first mate and 32 crewmen. No lives were lost.

A 329-foot sailing vessel—longer than the length of a football field—was a strange sight to merchants and visitors who were used to seeing surfers and seagulls from Ocean City’s popular boardwalk promenade. This “ship ashore” was an early Christmas present for the Chamber of Commerce which made it their number one tourist attraction. Insurers Lloyd’s of London were the first to survey the wreck. After stripping away the fittings, the company sold the wreck in 1902 to a local consortium, the Sindia Corporation. Vases, china and Japanese curios were found in the top cargo hold, but like others that followed, the expedition didn’t last long. Water pumps were no match for surf and sand that plagued recovery efforts, while the heavy manganese ore drove the hull deeper into the sand. 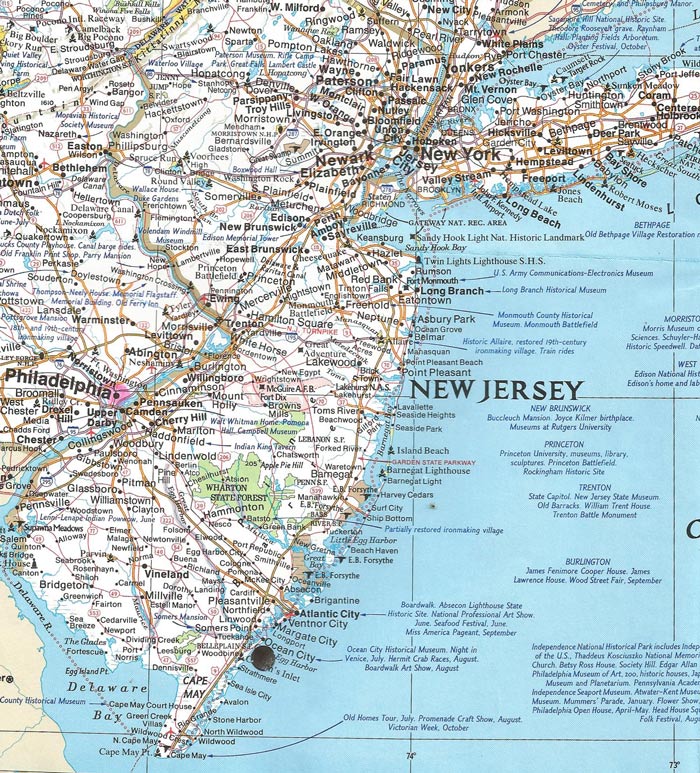 The Sindia ran aground off Ocean City, NJ in 1901

The largest sailing vessel of its era, the Sindia packed its triple-deck holds with a diverse cargo including silks, satins, indigo, camphor oil, bamboo products and Japanese dinnerware. The cargo manifest listed more than 3,000 crates of china and porcelain. But it was the elusive lower hold that drew Ed Michaud, president of M and R Research Company, to the wreck in 1984. He and partner Michael Kennedy filed an Admiralty claim, then signed an agreement to share their finds with the state. Michard planned to build a cofferdam around the wreck, but soon discovered the iron hull was eroding and wouldn’t sustain the walls and supports. His team salvaged china, vases, dishware and curios, but ran into the same pumping problem as others who came before him. When local property owners filed a lawsuit claiming riparian rights and the state bureaucracy became difficult to deal with, Michaud threw in the towel. In1986, he sold the rights to Sindia Expeditions, Inc.

After raising capital from a number of investors, the new contenders partnered with Drexel Aqua Technologies for what became the last hurrah. Spearheaded by President Dennis Parisi, renowned maritime attorney Peter Hess and businessman Richard Buckman, the salvors worked the wreck in the early 1990s. They too wanted to reach the lower hold and brought in a digging barge and high-powered pumps. But like those before them, they couldn’t restrain the ever present surf and sand. To make matters worse, the U.S. Army Corps of Engineers started dredging sand to replenish the beach. This setback, coupled with the Department of Environmental Protection Agency’s restrictions—plus further law suits—ended the search. The wreck was no longer in the surf. It remains today, buried under 20 feet of sand, an example of man’s folly to believe he could harness Mother Nature. 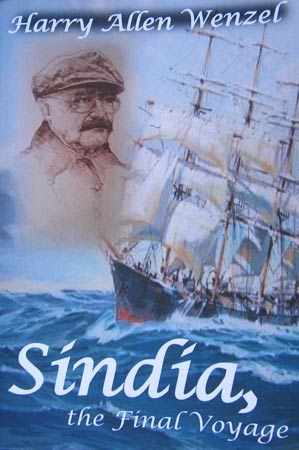 Note: For details on the history, voyage and demise of the windjammer, read: Sindia, the Final Voyage by Harry Allen Wenzel. A 271-page paperback available on Amazon, the historically based fictional account features the hardships of the three month long voyage, the disbelief at the grounding and heroics of the rescue. This book includes photos of some of the salvaged hand-painted vases, dishes and curios on display at the Ocean City Historical Museum.

The museum’s scale model of the windjammer impresses visitors. It’s accompanied by many salvaged artifacts including the carved wooden figurehead of the Maharaja Sindia–Emperor of Hindustan, 1741-1749– for whom the ship was named. The museum is located at 1735 Simpson Ave., Ocean City Community Center, Ocean City, NJ 08226.