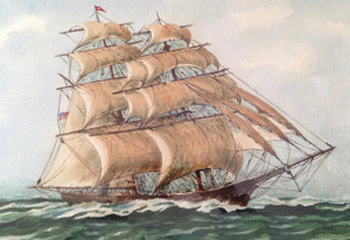 Shipwrecks usually bring misfortune and despair, but in the annals of the clipper ship Frolic, good fortune blossomed from a frivolous mishap. Edward Faucon, an experienced captain who piloted his ship on the Canton, China, to Bombay, India, route for years, simply misjudged the distance between his vessel and shore. It was a misty day July 24, 1850, when Capt. Faucon ran the sailing brig Frolic over the reef just north of Pt. Cabrillo, California, on the Mendocino coast. Settling in a cove now designated as state property, the ship foundered in the shallow water as all hands scrambled safely to shore.

Dubbed the “most significant shipwreck in California history,” by maritime authority Don Marshall, the Frolic’s story was researched and written by Dr. Thomas Layton, head of the Department of Anthropology, San Jose State University. The wreck’s significance came from word spread by the survivors and later from salvors who raved about the “magnificent redwood forests” in the area. Salvage attempts failed, but as a result of “word getting out,” entrepreneurs found the forests. This led to the discovery of the gigantic sequoias and emerging towns and mills in the area and other parts of the Mendocino coast. 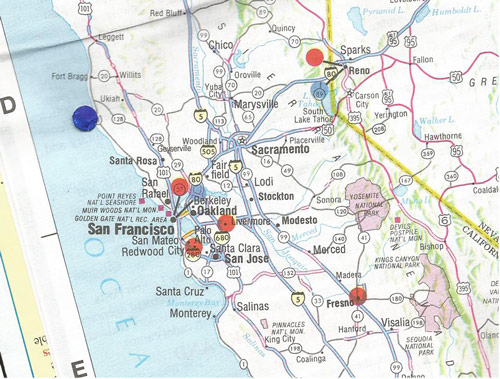 As the story unfolds, it’s questionable why Capt. Faucon and two of his officers departed the scene so quickly, leaving behind their vessel and 18 Chinese, Malaysian and Lascar (East Indian sailors) crew. Rumors are they salvaged bags of opium and headed south for San Francisco. It was common knowledge at the time that cargoes—especially those on the swift clipper ships—carried opium. It had been regular merchandise for years on the Frolic’s Canton/Bombay run. Exchanging their sea legs for land legs, the men made a 10-day, 150-mile trek to the City by the Bay. Arriving with aching muscles and sore feet, they told of “forests so thick with tall, straight trees, the sunlight seldom shone through.”

Henry Meiggs, one of the city’s prominent businessmen, listened to the weary travelers and when a salvage party was formed, he eagerly volunteered. But when he arrived, his interest in the ship’s cargo waned in favor of the towering trees whose wood resisted rot, insects and fire. Meiggs soon erected a fully operational steam sawmill at Big River, on the south side of Mendocino, and harvested endless stands of timber he later called “red gold.”

In 1984, Dr. Layton and his students found pottery fragments among Pomo Indian remains located between Ft. Bragg and Willits. The indigenous Pomo Native American tribe occupied northern California for hundreds of years. Puzzled by chards of Chinese porcelain found with the pottery, Dr. Layton found some answers when he met some divers on Big River Beach at Mendocino. They showed him similar shards salvaged from a wreck they presumed was a Chinese junk discovered in the early 1960s in 10 to 30 feet of water. It took him 10 years, but Dr. Layton put together a fascinating account of the Pomo Indians, Chinese maritime commerce, the opium trade and the wreck of the Frolic.

The Frolic was a two-masted, 97-foot clipper ship built in 1845 by Gardner Bros., Baltimore, Maryland, and was purchased by the Heard Company, an American enterprise in Canton. This was its final voyage: Hong Kong to San Francisco, a 6,000 mile journey in approximately 45 days. Although it was only five years old, the ship’s hull was developing rot and sailing vessels were becoming outdated by expansion of the steamship trade. The Frolic’s cargo on this trip would aid the rapid growth of gold crazy San Francisco where the rush was still on and money flowed freely. Historians called the cargo “an emporium of Chinese elegance and enjoyment, something for everyone.” The list was long and diverse: silk, rice, tea, wine, porcelain wares, jade, pearls, tools, firearms, general household provisions, opium and more, 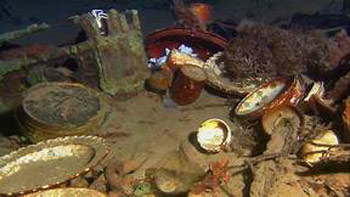 Divers retrieved many artifacts from the wreck over the years, most of them donated to local museums. Based on Dr. Layton’s archaeological surveys, the Frolic was officially documented in 2003 and designated a California Underwater State Park. In retrospect, it seems to be an appropriate honor for a shipwreck which launched an industry which produced thousands of homes in hundreds of cities that sprung up in California and the rest of the country.

Note: Exhibits and artifacts from the wreck of the Frolic are on display at the Mendocino County Museum in Willits, the Pt. Cabrillo Light Station, the Kelley House Museum in Mendocino and Headlands State Park.