A Voice From the Bottom of the Sea 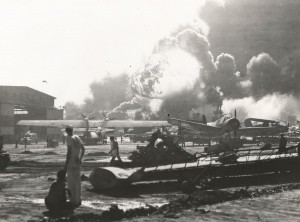 In the late 1960s, when I met Okino Sasaki, better known as “Oakie,” he was bartending at the Jade East Restaurant in Towson, Maryland, a suburb of Baltimore. A small, quiet man, he was efficient behind the bar and always smiling, but he never said much. But on one winter evening, when business was slow, Oakie revealed some of the fascinating turn of events in his life.

He told me he had been confined to a prisoner of war camp from December, 1941, through the duration of WWII. When the war ended, he was released and signed aboard a tramp steamer as a steward’s helper. When the ship put in to Baltimore, he met and fell in love with an American-born Japanese girl who persuaded him to stay and work in her father’s restaurant. They were married, raised a fine family and Oakie became an American citizen. His account of the incredible chain of events that led to an escape from a suicidal mission, to his internment as a prisoner of war, attests to the adage: “Truth  is stranger than fiction.”

“Shortly after I turned 17,” Oakie recalled, “I was inducted into the Japanese Imperial Navy’s submarine service. Had I known the fate that awaited me, I would have surely deserted. I went through a brief training period and was assigned to serve aboard a midget submarine, one of a small fleet of two-man vessels that sailors called “death traps.”

“Even worse was my commanding officer, 25-year-old Nagumo Sakamoto, who was bossy, mean-spirited and kept saying he wished to die for his Emperor. He took pride in commanding this odd vessel which was powered by batteries and carried two torpedoes. My job as ballast man was to crawl on my hands and knees through the belly of the ship to move weights around and control the trim. Sakamoto piloted the sub and controlled the torpedoes. As we were preparing to board on the night of  December 6, one of the crew aboard the mother submarine that launched us grabbed me and thrust a bottle of sake wrapped in a heavy woolen sweater into my hands. I smiled, thanked him and took it with me, but never wore the sweater nor opened the bottle. 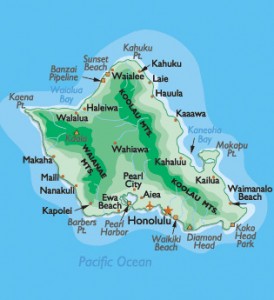 Right from the start we had trouble with the trim tank gauges and ballast controls. As we pulled away from the mother ship and flooded our tanks, we started to sink too fast. The discharge valve for the water ballast tanks was stuck and it took all of my strength and a large wrench to correct it. We leveled out at 50 feet and reached Pearl Harbor at 8 a.m.

Sakamoto spotted the battleship Arizona through the periscope and couldn’t wait to get to it. I was shaking with fear and cursing under my breath. I didn’t want to play a role in this horrible attack. When we were about half a mile away from the target, the lieutenant started screaming at me as I tried to operate the gauges while our ship helplessly started to sink. We lost control of it and were tossed head over heels against the cold metal when the keel hit the bottom at 90 feet.

Our batteries were dead, the torpedoes intact and none of the switches or valves worked. Sakamoto continued to scream as I sat praying, numb with fear. I was a voice from the bottom of the sea waiting to join my ancestors. Yet one ray of hope remained. I was a good swimmer. If the escape hatch worked, I knew I could make it to the surface. I didn’t know, nor did I care about the lieutenant. When our air was almost out, we flooded the conning tower and attempted to escape. I reached the surface, swam to shore and collapsed on the beach.

That’s all I remember. I passed out, awoke in a jail cell, and spent the duration of the war in a prison camp. I never set eyes on Sakamoto again.” 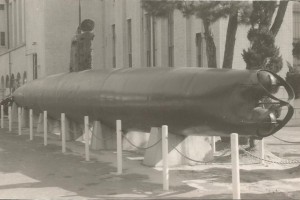 NOTE: In 1960, a Japanese two-man midget submarine was salvaged by U. S. Navy divers conducting training maneuvers in Pearl Harbor. Japanese naval archives show that five midget submarines were launched in the 1941 attack and none returned to the fleet. Could this salvaged sub be Oakie’s? Next month, read all about Ellsworth Boyd’s research which will reveal the taunting answer.