Sad Saga of the Jacob Jones 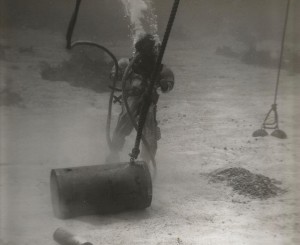 Why would anyone want to dive on a shipwreck that’s broken in half and scattered all over the bottom of the ocean?

“It’s the story,” says Dr. Bill Scheibel, a veteran east coast diver who has logged many dives on the Jacob Jones, a U.S. Navy destroyer sunk by a German submarine during World War II.  “In this saga, only an avid wreck diver can appreciate the adage, ‘Truth is stranger than fiction.’” 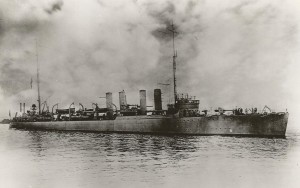 USS Jacob Jones Sunk by a German Submarine in 1942

Like the Japanese proverb: “a bee stinging a weeping face”—one misfortune following another—the “Jakie,” as the crew called her, succumbed to double jeopardy. During its first setback, the 1,100-ton vessel took two direct hits from the U-578. On the second, it fell victim to its own depth charges

At the beginning of the war, the destroyer was part of a roving anti-submarine warfare patrol cruising off Cape May, New Jersey, trying to stem the heavy losses of merchant ships. She carried depth charges that were timed and pre-set to explode at various depths in the cat and mouse game played with enemy submarines. Thus, as the ship sank, her own charges went off, killing some of the crew. Only ll of the 141 men aboard the Jakie survived and were rescued by another vessel after an army observation plane spotted them in their lifeboats.

In the late 1960s, Scheibel was researching east coast wrecks and found the story of the Jacob Jones intriguing. When he contacted late shipwreck historian Jean Haviland, she helped him compile a detailed account of the disaster. Although Scheibel had explored dozens of wrecks off the coast, he could never find anyone who had been on the Jakie.

While consulting with New Jersey charterboat captains, Scheibel met Capt, A.J.Dulinski who said he had recently picked up two images on his sonar that might be worth a look. Scheible and his dive buddy, the late John Dudas, hired him to take them on the three hour jaunt from Cape May to the proposed sites. 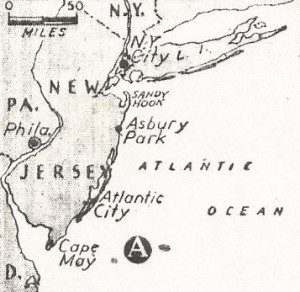 Map locates Cape May, NJ off which (A) U.S. Destroyer Jacob Jones was sunk by enemy submarine.

Capt. Dulinski had no difficulty finding the first of his two images, a huge target that appeared on the sonar. But when the divers took the 145-foot deep plunge, they found a massive ship with its three propellers still in place. Scheibel knew right away that it wasn’t the Jakie, a much smaller vessel with twin screws. He and Dudas were hovering over the plush ocean liner Northern Pacific, a wreck they would put on their list for another day. In the afternoon, when Capt. Dulinski dropped the divers on his second image, they found what they were looking for—the remains of the Jacob Jones.

The ship had broken in half, its demolished bow and main section resting in 130-feet of water. The stern, about one mile inshore from the rest of the wreck, was a mangled mass of twisted metal rising 30 feet off the bottom. The Navy had salvaged most of the unexploded ordnance around both sections, but divers should be aware that some of it could still be buried in the rubble.

A final footnote from a book on WWII closed the chapter on Scheibel’s diligent research. It reads: “On August 10, 1942, off Cape Ortegall, Spain, the U-578 was totally demolished by an Allied bombing attack. Capt. E.A. Rehwinkel and49 crew were lost at sea…there were no survivors.