Hilma Hooker: Lady With a Past 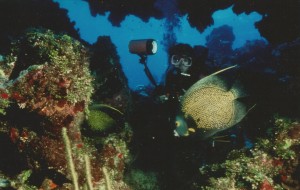 She’s battered and beat and not very pretty, but she charms her visitors just the same. Her age doesn’t matter. She grows stately with time, enshrined forever in a boundless sea. She’s Bonaire’s Hilma Hooker, a lady with a past.

She sailed under five aliases, carried an illegal cargo and was wanted by the FBI. Built and christened the Midsland in Holland in 1951, she visited a host of foreign ports while changing owners frequently over 30 years. She also sailed at the Mistrial, William Express, Ana, Doric Express and, finally, the Hilma Hooker. Her last port of registry was San Andres, Columbia, South America. 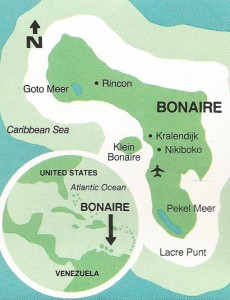 The 236-foot freighter was heading north from San Andres in 1983 when it experienced steerage problems near the Dutch island of Bonaire. The captain maneuvered his ship to the island and tied up at the Town Pier, but failed to navigate through customs. He had no papers to declare the vessel’s port of departure or designated port of entry. Local authorities red-flagged it, then ran it through Interpol (International Criminal Police Organization) as a prime suspect for drug trafficking. Both Interpol and the FBI had been tracking the vessel for months, the latter dubbing it “a designated drugger.”

Sure enough, a fine-tooth comb search uncovered 25,000 pounds of marijuana stowed in bales behind a false bulkhead. Bonaire’s customs agents had themselves a sting and shipwreck aficionados had a new dive site.

In 1984, after dive operators and volunteers diligently prepped her for sinking, the Hilma Hooker was put down off the southeast cost of the island. She came to rest on her starboard side in 60 to 95 feet of water and is heralded today as one of Bonaire’s premier dive sites. 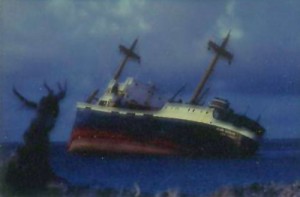 The years have been good to the grand old gal. She hosts a plethora of marine life including star and pillar corals, tube sponges and crinoids that cling to the superstructure. This elite ecosystem in Bonaire’s warm, clear waters provides a perfect balance of temperature, light, food and grazing fish. Countless species cruise the wreck’s perimeter, including bar jacks that veer in close and then head off toward an adjoining coral reef. Bluehead wrasse feed on algae that grows on the mooring buoy ropes. Squirrelfish swarm around the capstan on the upper deck, while black groupers and graysbys hide among the shadows deep in the cargo holds. Spider crabs dwell next to sea anemones in symbiotic harmony on davits that hang over the main deck. Coral-encrusted ladders and railings teem with sergeant majors and blue parrotfish.

The wreck is close to shore, midway between Punt Vierant and Salt Pier. The shallowest part is 60 feet to the port rail. The stern, with its rudder and propeller intact, points to the north. Shutterbugs favor the bow for it’s mast that extends to the reef with the crow’s nest still attached. The stern is popular for wide-angle images.

Even though dive operators opened doors, cut cables and drilled holes throughout the ship before they sank her, penetration is not encouraged. Most divers prefer the open cargo holds and storage areas where sunlight seeps into the darkness.

The wreck, mainly a dive boat attraction, can also be reached from shore. Some offshore divers like the area just for its reefs. A fringe reef next to the ship is often overlooked. Its colonies of garden eels and coral ridges offer divers a bonus, compliments of “the lady” who lies nearby.