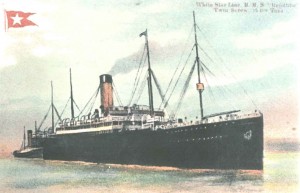 Capt. Martin Bayerle is back and he thinks he knows where the treasure lies aboard the RMS Republic, a luxury liner that sank off Nantucket, Massachusetts, in 1909. It’s not that he went away after a failed attempt in 1987 to retrieve the cargo of gold coins purported to be somewhere in the bowels of the 585-foot White Star liner.

Throughout the years the steadfast former Martha’s Vineyard dive shop owner has visited archives, maritime museums and insurance companies in the U.S., U.K., Ireland and France in an effort to prove the treasure is there and why there are no records of it. After all the years of research, Bayerle believes he has discovered a secret kept by French government officials and Tzar Nicholas II of Russia, major players in an age-old drama of international intrigue. 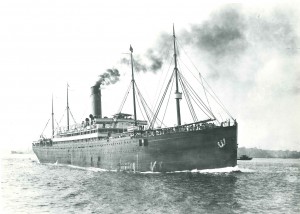 Records show that in 1908 France bought gold from U.S. financial institutions at low interest rates in order to pay off a loan coming due from Russia. Neither country wanted publicity, France under threat of war and the Tzar struggling with the Bolsheviks. As Bayerle uncovered what he calls the “Tzar’s Secret,” he also found naval records that alluded to a military payroll of nearly $1 million in gold coins being shipped to a navy base in Gibraltar, one of the vessel’s stops on its way to the Mediterranean. Nothing was listed on the ship’s manifest.

Sailing in a dense fog, the Italian liner SS Florida struck the Republic broadside, yet managed to stay afloat and save all but four of the passengers and crew before the White Star liner sank. The ship’s boilers were shut down upon collision in order to avoid possible explosions. Without steam to operate the winches, the crew couldn’t attempt to raise the tons of gold. 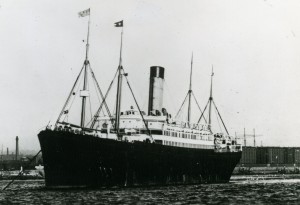 Bayerle began researching the ship in 1979, sometimes working 10 hours a day. He made frequent trips to Washington, searching records in the National Archives and the U.S. Treasury Department. He had a friend who alternated with him on trips to dig deep into all the records they could muster. On one occasion, Bayerle’s friend says he was followed by Secret Service or Treasure Department agents. A least he hoped they were government agents since rumors were running rampant that the Mafia, filtering money through a Caribbean island, was interested in backing an expedition to the wreck.

Bayerle, who owns salvage rights through Admiralty Law, says he knows where the gold was stored and how to raise it. Its value in 1987 was $4 million, but has increased to more than a billion dollars now owing to the numismatic value of the rare gold eagles. 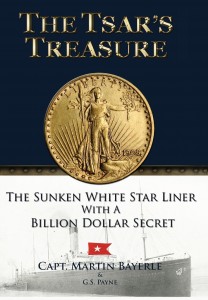 The Tsar’s Treasure: The Sunken White Star Liner with a Billion Dollar Secret by Martin Bayerle

Millions of dollars are being raised to fund the venture that will include a reliable topside vessel and a team of saturation divers that will be challenged at 40 fathoms by low visibility, heavy North Atlantic shipping lanes and inquisitive sharks.

“When I dove on the wreckage years ago,” Bayerle says, “I had no practical knowledge of where to look for the treasure. Nor did I have the knowledge to substantiate the rumors. I was searching for a treasure I didn’t know for certain existed and didn’t know where to look in the sprawling field of wreckage. Now I know it exists and where to find it. Secrets don’t remain secrets forever.”