The “Two-Fers”—Two Wrecks, One Dive! 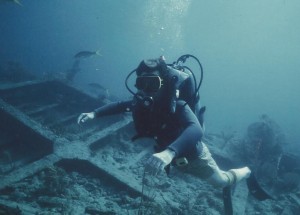 Joe Dorsey Dives THE DALHIA, a two-fer in the French West Indies.

They aren’t easy to come by, these “two-fers,” two shipwrecks in one dive. It’s serendipity for”shipwreck nuts,” and adds double notches to their belts of wreck exploration. Among the two-fers I’ve explored, the Bermuda wrecks: Constellation and Montana, remain my favorites.

Mike Burke, Blue Water Divers, smiled when he told me that our first dive would be the Constellation. He knew that I knew it was the backdrop for movie star Jacquelin Bisset’s wet t-shirt scene in The Deep. Taken from the late Peter Benchley’s novel written more than 25 years ago, the film starred the sexy Bisset, Nick Nolte and the late Robert Shaw in a tale of lost treasure, drugs and intrigue. The 200-foot, four-masted schooner went down near Western Blue Cut, Bermuda, in 1943 while sailing from New York to South America. Thousands of bottles and glass shards cover the wreck, sparkling like jewels as the sun penetrates the clear 15 to 30 foot depths. These medicine, whiskey and mineral water bottles were part of a cargo that also included opium ampules, slate and cement bound for the city of La Guira, Venezuela. 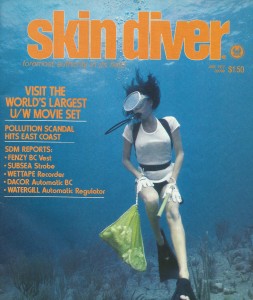 Actress Jacqueline Bisset, in a wet t-shirt, dives THE CONSTELLATION, a Bermuda two-fer.

The Montana–later identified as the Nola–is only 50 feet away from the Constellation, a 236-foot paddle wheel blockade runner that ran aground in 1863 enroute from London to Wilmington, North Carolina. Badly in need of coal to continue her journey, the ship missed the channel leading to the dock. Most of the cargo was salvaged and the crew was rescued. Today, divers pore over the ship’s engine, paddlewheels and boilers that rest in 30 feet of water beneath a blanket of red algae, fire coral and gorgonians.

You don’t have to speak French in the French West Indies where shipwrecks abound in the Bay of St. Pierre, 25 miles north of the island’s capital, Fort de France, Martinique. But a little bit helps. Just say, “deux epave” (two shipwrecks) and the divemaster will know. He’ll also smile when you say, “Ou est mon petit punch?” (Where is my small glass of punch?) More than a dozen ships, all anchored in the bay, sank in 1902 when nearby Mt. Pelee erupted, killing 29,000 people.

The first of my two dives in the bay was on the Dalhia, a minesweeper that caught fire at the wharf and was cut from its mooring to prevent further damage. It drifted into the bay where it sank in 90 feet of water. The second wreck, Le Diamant, rests nearby, 75 feet deep. A “push boat,” better known as a tug, is scattered all over the bottom except for a beautiful inlaid-tile table sitting upright in what remains of the wheelhouse.

Two-fers are fun. You usually don’t get a lot of bottom time on them, but you’ll get an idea of what they’re like in case you want to return. Have you found a two-fer? If so, let me know where it is and what it’s like.