Shipwrecks in Grand Cayman? You Betcha! 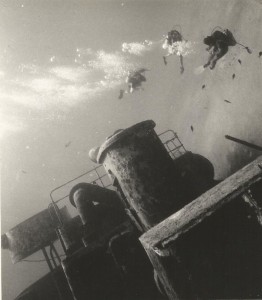 Melanie Boyd and Buddies Dive the Oro Verde in 1981

From big freighters to small island cargo vessels, landing craft and confiscated drug runners, Grand Cayman abounds in wrecks. The island has so many trademark reef sites including caves, walls and canyons that divers sometimes tend to overlook the wrecks. That’s one of the reasons for the sinking of the USS Kittiewake in January, 2011.

The decommissioned U.S. Navy submarine rescue vessel is a popular artificial reef sunk in 65 feet of water off the north end of Seven Mile Beach. Managed by the Cayman Islands Tourist Association, licensed dive operators and visitors pay a modest fee to snorkel or scuba dive on the Kittiwake where waters are usually calm and crystal clear. A 250-foot-long steel hull vessel with 18 bulkheads and five decks, this wreck can be visited many times without seeing the same sections twice. Strategically cut holes in the superstructure enable divers to safely navigate the captain’s cabin, crew’s quarters, wheelhouse and other spots aboard the ship. Jacks, morays, grunts and turtles are just a few of the marine inhabitants that hang around in numerous nooks and crannies. 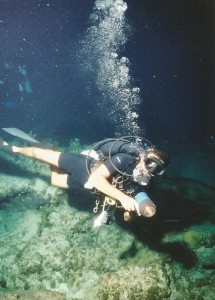 When the Panamanian cargo vessel Oro Verde was sunk in 1980, it was a picturesque sight listing to its port side, the funnel jutting out of the superstructure. Although storms have ripped the wreck apart over the years, its clunky-looking remains house many critters that have settled into the deeply encrusted wreckage.

It’s the same on the Cali, a 206-foot grain carrier sunk close to Don Foster’s Dive Shop located on the waterfront a little south of George Town. A sailing vessel from earlier times, later fitted with engines, its cargo of grain and rice got wet, swelled, and caused the rivets to pop throughout the hull. Although it’s pretty beat up, the wreck’s engines, boilers, masts and ribs create a feeling that you’re on a real relic. Shop manager Sergio Coni says, “Battered, yes, but still historically significant. You can’t find many old four-masted sailing ships whose major parts haven’t rusted away.” Angelfish, basslets and grunts encompass the thick, coral-covered remains of the Cali, while big tarpon whisk in and out from a fringe reef nearby. 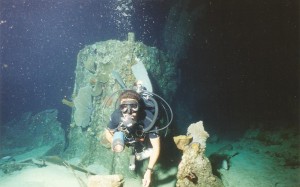 Sergio Coni explores the Balboa on a night dive

Divers who like to safely penetrate a small cargo ship love the Doc Poulson, one of several wrecks sunk close to Seven Mile Beach. Black durgeon, blue tangs and sometimes a 50-pound goliath grouper greet visitors in the forward compartment. The David Nicholson, a 70-foot-long landing craft (LCM) sunk in 1990 only 300 yards off Sunset House, is a popular training site, but fun for experienced divers as well. Cathy Church, renowned operator of the photo center at Sunset House, says divers like to explore the engine room where chromis, hogfish and yellowtails reside.

My favorite wreck is the Balboa, Grand Cayman’s “gift from God.” A 375-foot freighter that sank in George Town Harbor during a hurricane in 1932, it has an intriguing past. As its cargo of lumber was washing ashore, the captain grabbed his strongbox and abandoned ship, vowing that he would thank God and do something beneficial if no one perished in the disaster. Making good on his promise, he used his funds to build a church on the waterfront. This is a night dive on wreckage that’s scattered all over the bottom, having been dynamited to keep the harbor clear. There’s too much ship traffic to dive it in daylight hours. What’s so neat at night is to see the steeple of the church, clearly visible only a few hundred yards away in the illuminated George Town business district….the very same church built with the lumber that washed ashore in the storm. 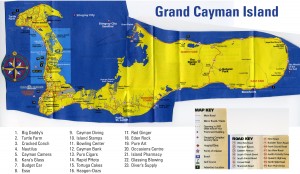