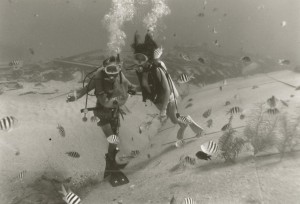 Do you have a bucket list? Remember the film starring Jack Nicholson and Morgan Freeman where they performed wild and crazy feats before they “kicked the bucket?” I have a friend who has a list that’s not quite as drastic. He calls it his “out of the ordinary” list. His leisure time pursuit is visiting as many college campuses as possible. So far he’s been to more than 1,000 of them.

For shipwreck enthusiasts, there’s a ready made maritime trail in Florida waters waiting for them and their list. The Florida Maritime Heritage Trail, stretching from the panhandle to the keys offers 15 historic shipwrecks, most of them in shallow waters. Many of them are snorkeling sites suitable for families. Mom, Dad and the kids can actually see and perhaps photograph the remains of an authentic treasure ship.

The Spanish treasure galleon Urca de Lima was a victim of a hurricane in 1715 and became the first Florida underwater preserve in 1987. One of 11 ships sunk in the same storm, its remains lie in 10 to 15 feet of water 200 yards off Ft. Pierce Beach. 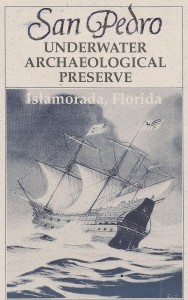 Built in England and launched in 1898, the steamship Copenhagen ran aground in 1900 while en route to Havana, Cuba. Her cargo of coal was removed, but further salvage attempts of the 325-foot ship were unsuccessful. The vessel was abandoned and is scattered in 15 to 30 feet of water along the Pompano Drop-off, Pompano Beach.

The Half Moon was a stately 366-ton yacht when it was launched in Kiel, Germany, in 1906. It sailed in the prestigious Kaiser Cup race before being captured by the British as a war prize in WWI. A Norwegian sailor purchased it at auction in 1917 and renamed it Exen. Gordon Woodbury, Assistant Secretary of the U.S. Navy, bought the ship and changed the name to Halfmoon. He almost lost his life when the yacht was caught in a storm off Cape Charles, Virginia. This prompted him to sell it to private investors who watched it sink at the dock after the 1926 hurricane. Raised and used as a fishing barge, it sank the last time in a 1930 storm off Miami Beach. The remains are now coral encrusted in 10 feet of water off Key Biscayne.

The City of Washington, a twin-masted steel sailing vessel launched in 1887, played a heroic role when she was moored in Havana Harbor next to the USS Maine. The night the sabotaged Maine exploded, prompting the U.S. to declare war on Spain, the Washington’s crew rescued many survivors. Serving as a troop transport in the Spanish-American War, and later as a passenger ship, the hero of Havana was reduced to a coal carrier. She ran aground and sank on Elbow Reef near Key Largo in 1917. Today, her remains are in 25 feet of water.

The Benwood, a 360-foot Norwegian freighter, remains one of the most popular dive sites in the Florida Keys. While other vessels were taking hits from German U-boats in WWII, the Benwood collided with another ship, the Robert C. Tuttle on a dark night in April, 1942. Both ships were running without lights, fearful the German wolfpack might spot them. The Benwood’s captain tried to run his ship aground in an attempt to save it, but too much damage had been done. The ship sits in 25 to 40 feet of water near French Reef, Upper Keys.

There are many more historic shipwrecks on the trail, including another Spanish galleon, a U.S. Coast Guard cutter, a WWII mine tender and a steamboat. All sites are marked on maps and many of them are buoyed. Details and photos of the sites are available by writing to: Brochure Request, Florida Heritage Trail, Bureau of Archaeological Research, 500 S. Bronough St., Tallahassee, FL 32399. Check their website at: flheritage.com/archaeology.