When the Titanic was discovered in 1985 cries went up to “salvage it,” but it was too late. Clive Cussler had already done it nine years earlier in a bold adventure thriller, Raise the  Titanic, one of several early best sellers that launched his career. 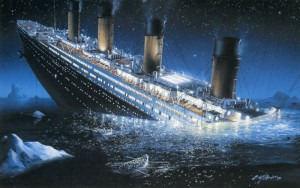 Now, the 100th anniversary of the “unsinkable” ship’s demise (April 14) evokes a slew of theories. Here’s one I’m tossing into the hopper.

Have you ever experienced something that appeared trivial at the time and of no consequence, but later became a major incident in your life? Some of life’s twists and turns are favorable, while others aren’t so hot. “What if” can be a haunting mantra.

Take the Titanic for instance. A few little things, which seemed inconsequential at the time, could have changed history and saved more than a thousand lives. What if the shipbuilders had included more lifeboats instead of installing the most palatial passenger accommodations on any liner of its day? What if the captain of the Californian, a freighter out of Liverpool that had stopped for the night nearby, had heeded his lookout’s report of sighting “rockets in the sky?”  What if the Californian’s signalman hadn’t turned off the wireless and gone to bed for the night? 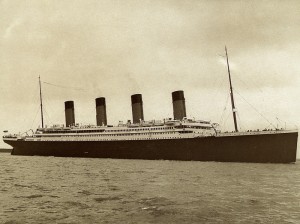 The Titanic also had its “trivialities of no consequence.” What if Capt. Edward J. Smith had given more credence to the iceberg warnings he received after being out at sea only one day? He seemed hell-bent on setting a new record for ocean liners crossing the Atlantic. An unfortunate oversight by his lookouts could have changed history as well. They were scanning the horizon on a clear moonless night without binoculars. They didn’t spot the iceberg until it was 300 feet away.

The mighty Titanic, named for the powerful Titan gods of Greek mythology, “grazed” an iceberg and sank in less than three hours. When it left Southampton, England, on April 10, 1912 the 882-foot-long White Star liner was deemed “unsinkable.” The 2,228 passengers and crew felt safe aboard a vessel with 15 watertight bulkheads and automatic watertight doors that could be closed from the bridge. Six separate watertight compartments housed the vessel’s 29 boilers that drove her reciprocating steam engines. Over three million rivets held high caliber steel plates to a stout steel frame using a new technology called “hydraulic riveting.” 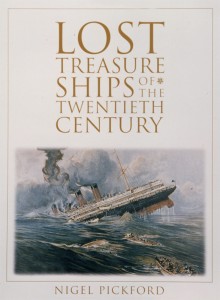 Then what went wrong? How could this new state of the art “jewel of the White Star Line”—an eight million dollar creation—possibly culminate its maiden voyage 13,120 feet down in the North Atlantic? Some critics tried to blame the disaster on a fire that broke out in a coal storage bunker before the ship set sail. But the chief engineer reported that the smoldering fuel had been extinguished by the third day at sea, one day before the sinking. There was no major damage, only some warping on the wall between two boiler rooms. Still others blamed Bruce Ismay, chairman of the White Star Line, for urging the captain and chief engineer to “speed up” the six day liner. White Star vessels crossed the Atlantic in six days, while Cunard liners made it in five. Ismay was eager to beat the Cunard record or at least match it.

Avoiding the term “collision,” critics further claimed the ship’s superstructure gave in from a simple “graze” or “a slight bump” on its starboard side. Yet one glacial expert rebuked, “Icebergs are hideously dangerous. They’re like ice cubes in a glass. Most of their mass is below the surface. You may think you’ve grazed one, but in reality it has shredded the hull like a rip saw.”

It was determined that an underwater sliver of ice cut a 300-foot-long gash in the Titanic’s superstructure, damaging the ship’s watertight compartments. One less damaged compartment and the ship might have remained afloat. Water poured through the collapsed bulkhead and made its way through open portholes and gangways. The ship’s fate was sealed. She split in half and sank in less than three hours, taking 1,523 passengers and crew with her.

That’s not the end of the story by any means. Typical of today’s world, the blame game continues. Critics cite the technology of the times, saying the vessel’s rivets popped prematurely, the steel wasn’t strong enough and that many other things were structurally deficient. But metallurgists have confirmed that no ship today could have withstood the damage inflicted by the iceberg and still remain afloat. The Titanic was a product of the times…a testimonial to man’s magnificent ingenuity and creativity. But it also was a reminder of his flawed decisions. Humans failed the Titanic.

Blind faith in technology would have worked had it not been for overconfidence, obsession for success and disregard for safety precautions. The unhappy ending will always be weighed in terms of technological advancement, creativity and heedless attitudes. Simply put, man failed mankind. 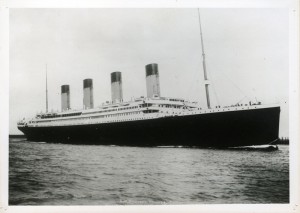 The Titanic met her destiny in a gripping story that remains one of the most debatable disasters of all time. Is her mystique simply shrouded in the irony of life? Unfortunately, tragedy is ironic only when it happens to someone else. Many poor souls rest two and a half miles down, near the edge of the continental shelf, 400 miles southeast of Newfoundland. Time will never bring down the curtain on them.