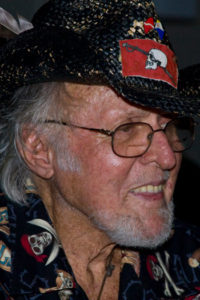 “Cap’n Don” they called him, the brash, bombastic and beguiling Bonaire legend who passed over the bar May 28, 2014. Captain Donald Stewart, the remarkable leader on the island and throughout the diving world, was 88 years old. A “transplanted Californian” he called himself in 1962 after putting in at Bonaire for repairs to his sailboat. When his boat was ready to sail, he took a second look at the island and decided to stay. His decision to remain was destined to affect every environmental and conservation issue that threatened the waters of Bonaire and other Caribbean islands.

Stewart promoted “green” and “eco-tourism” long before the terms were coined. He preached protection of the marine world, first as manager of the Flamingo Beach Club in 1976 and then as owner and operator of Captain Don’s Habitat near Kralendijk on the southwest coast. He took over some bungalows and a dive shop located on a coral outcropping and offered diving any time day or night. Original and resourceful, Habitat symbolized diving freedom and conservation. 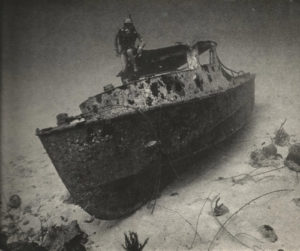 The captain gained fame when he promoted a marine park, started a council of dive operators that banned spearfishing and encouraged divers to take an oath for conservation. Thousands were sworn in and his disciples christened “pioneers of the earth’s last frontier.” Stewart declared himself a “born again conservationist,” and it wasn’t long before awards started pouring in. He was honored by the local dive council, the hotel and tourist association and the marine park. Next came national and international fame: Boston Sea Rovers Diver of the Year; Divers Equipment and Marketing Association Hall of Fame; International Divers Scuba Hall of Fame; and knighthood—Sir Donald Stewart Order of the Orange, highest military and civilian decoration of the Netherlands.

When Stewart sold Habitat to the Maduro Group in 1985, they kept everything intact. He stayed nearby and fostered further conservation and preservation projects. He also remained a popular and humorous weekly speaker at Habitat. His stories were legendary, especially his favorite, Curse of the Spanish Fly—A Cap’n Don Tale:

Many years ago, on the Caribbean island of Nadahappen, located near the Netherlands Antilles ABCs: Aruba, Bonaire and Curacao, the women had a problem. Their men were smoking a weed that gave them a high, but squelched their sexual desire. They puffed away, took long siestas and showed little concern for female companionship. The propagation rate dropped drastically and the women grew more frustrated. In a desperate attempt to remedy the situation, they purchased a large order of Spanish flies from the Amazon Basin and delivered it to Helpyew, a small town near Caracas, Venezuela. Here, Capt. Juan Andun and Endio Deline were hired to deliver the illegal cargo aboard an old fishing boat, La Machaca, named for the national bird of Brazil. 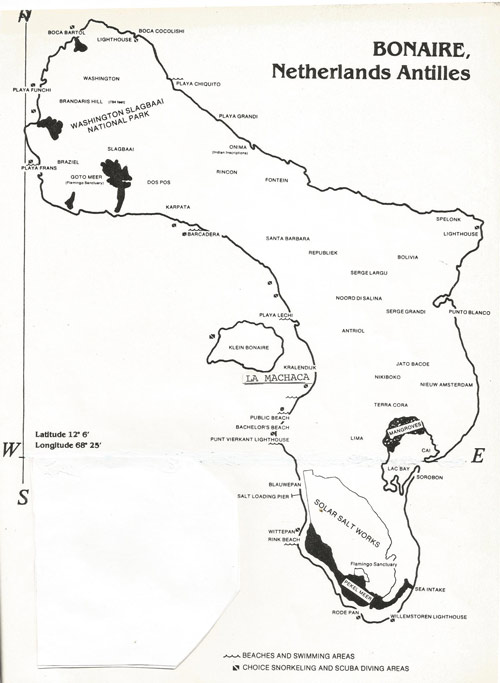 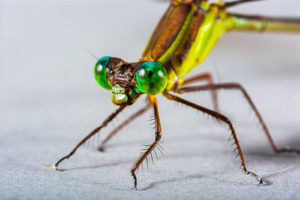 The Spanish flies came from the undergrowth along the shores of the Amazon River, carrying the same characteristics as the marine iguanas of the Galapagos Islands: living on land and feeding in the sea. Their big, fierce green eyes and threatening teeth portray a menacing creature ready to attack and inject in its victim an aphrodisiac or “love spell” that intensifies sexual desire. Juan and Endio loaded dozens of cages of the flies aboard La Machaca and despite storm warnings set out on the common water route between Venezuela and the ABCs. They soon encountered strong winds and rough seas and to make matters worse, a Brazilian gunboat spotted them and riddled the boat with bullets. Water seeped into the hold, the bilge pump failed and Juan had to steer toward the nearest island, which happened to be Bonaire. The two smugglers swam ashore as La Machaca hit the coral reef and sank right in front of what is now Habitat. 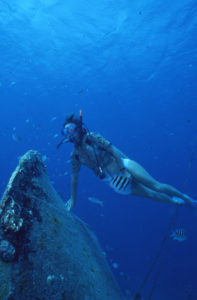 As the cages of Spanish flies broke open, they engaged in a fierce battle with the small yellowtail damselfish that lived on the reef. Soon schools of sergeant majors—of the damselfish family–angry at the threat on their breeding grounds, descended on the invaders like piranhas and devoured them all. During the fracas, dozens of sergeant majors became infected with the toxin from the bite of the Spanish flies.

To this day, even though it was eons ago, the sergeant majors still carry the toxin passed on from generation to generation. The unfortunate or fortunate circumstance—depending on how you look at it—demands that a diver bitten by a sergeant major must have sex within 24 hours or death is imminent. Curious, adventurous divers have been attacked, but so far, no deaths have been reported.

Although it might be a coincidence, a recent survey shows that Habitat books more couples than any other resort on the island. Cap’n Don would be pleased.