My Favorite: Most Loved Shipwrecks 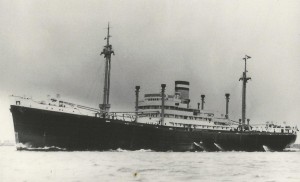 The Antilla Is One of the Largest Wrecks in the Caribbean

When my friends want to know if I have a favorite shipwreck, I feel like a father who has been asked which one of his children he loves the most!   The Sapona, a massive freighter constructed from cement in order to save steel during World War I, is probably my favorite. Sunk off  Bimini, in the Bahamas, the vessel ran aground in 1926 and still remains  half below and half above the water.

Running a close second on my list is the Antilla, a 400-foot-long German freighter  scuttled in shallow water off the Caribbean island of Aruba in 1940. The German captain docked his new ship, only a year old, at the neutral port of Aruba to take on fuel from the island’s oil refinery. But while it was there, Germany invaded Holland—leading to WW II.  When the captain realized his ship would be seized, he sailed within 600 yards of Malmok Beach, opened the sea cocks, and sank it. The captain and crew rowed ashore and were taken prisoners, while the ship broke in two and settled on its port side in 20 to 60 feet of water. Now, all these years later, the 4,363-ton Hamburg American Line steamer is one of the best dives in the Caribbean. 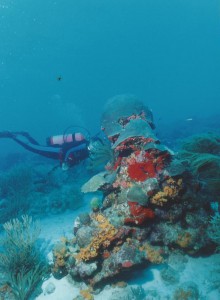 Castro Perez Dives on the Coral Covered Remains of the Antilla

Divers call the Antilla a ghost ship. One day it was there and the next day—poof! It was gone… scuttled! Snorkelers like to hover over the forecastle in 20 to 30 feet of water, while scuba divers explore the stern at 50 to 60 feet where the propeller is still intact. The starboard side of the ship sports a wall of coral so thick, it resembles a coral reef. Yellowtail snappers, angelfish and bluehead wrasse dart between star and brain corals, while hamlet and damselfish hang beneath purple gorgonians. Hundreds of white grunts school at the stern near the prop. Large vertical windows, blown out when the ship sank, provide openings for a peek inside the superstructure. Cavernous open cargo holds afford easy penetration along the ship’s 55-foot beam. Stanchions, upright and tall, rise from the structure like soldiers at attention. Bollards that moored the ship are too thick with marine growth to hold lines now. Criss-crossing steel cables, bulging with coral and sponges, beckon to macro photographers who discover tiny marine organisms clinging to them.  Amidships, the captain’s bathtub is a favorite photo spot where divers pose in water that’s perennially drawn. 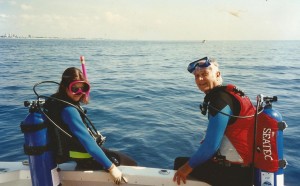 Divers pause to check out the crow’s nest that rises halfway to the surface. Then they swim down to the base of the keel where small alcoves, enveloped by dark shadows, house schools of copper sweepers and silversides. Aruba dive operators who have explored the wreck countless times say they still discover new sights on every visit. As word spreads, more divers are visiting Aruba’s ghost ship that sank when it was only a year old and two countries were clashing on the brink of a world at war.