Gold on the Clara Nevada: Cold Case Gets Hot 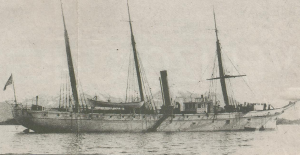 The cat’s out of the bag. All bets are off. I’m letting the chips fall where they may. Or perhaps I should say I’m letting the gold fall into the hands of divers who have the determination and tenacity to discover it. I’m not trying to start an Alaskan gold rush, but when you hear the “Clara Nevada” story you might be tempted to pack your gear and head for the Klondike.

Never heard of it? Neither had I until I read an intriguing article, The Mystery of the Clara Nevada in the Baltimore Sun. It gave an engaging account of the 1896 gold rush in Canada and Alaska that drew thousands of hopefuls through the “Gateway to the Klondike,” the portals that opened in Portland and Seattle where some of the miners chose the overland route. But most preferred the faster sea passage, and utilized every local vessel available.

As she aged, the Clara Nevada wasn’t the most seaworthy ship afloat. Christened the Hassler in 1872 and placed in the U.S. Coast and Geodetic Service, it plied Alaskan waters for 25 years. When the McGuire brothers of the Pacific and Alaska Transportation Company bought it in 1897, they frugally refitted the ship and hired low wage seamen to sail it between Oregon and Washington. Often over-loaded with livestock, the ship took a beating in heavy seas. She wasn’t a good candidate for animals, much less mankind. But that didn’t deter the brothers, whose cheaply refitted steamer became part of the gold rush “Fleet of Greed.” 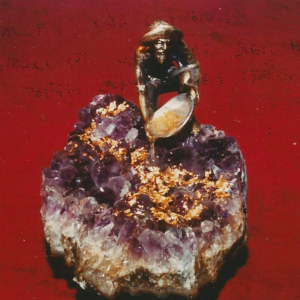 Captained by Charles H. Lewis of Baltimore, Maryland, the three-masted steamer was heading south from the Skagway gold fields in February, 1898, when she ran into a fierce storm. A witness reported seeing an orange fireball in the night sky and a ship that disappeared off Eldred Rock in Lynn Canal about 30 miles south of Skagway. Only one body was found in the wreckage that washed ashore. The passenger list was lost, but it’s believed that at least 60 and perhaps more than 100 passengers and crew were aboard. It appears the storm drove the ship out of the deep canal and on to a submerged pinnacle. After breaking up and drifting, its remains were scattered off the rocky shoreline in 10 to 30 feet of water. 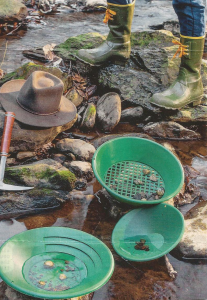 A fortune in Klondike Gold was on the Clara Nevada

News of the sinking spread quickly. So did the buzz about purported bags of gold dust and nuggets aboard worth about $165,000 (valued at $14 million today). Further grapevine chatter included thieves who set dynamite charges to cover up their robbery. Other conjectures had the crew drinking and fighting; illegal explosives purportedly stored below; and claims that the hole divers later discovered in the side of the ship was from a blast, not the result of a rocky collision. The main shaft, prop and boiler were salvaged in the early 1900s, but the gold was never recovered. The ship’s bow points north, its machinery, hull plates and deck fittings scattered over the rocks for several hundred yards.

In 1907, a statuesque lighthouse dedicated to the Clara Nevada was built just south of the wreck site. During construction, workers claimed they saw a ghost ship at dusk far out in the canal near the sea pinnacle. The apparition was never seen again after the lighthouse was completed.

Other mysterious accounts can be found in a captivating book: The Clara Nevada—Gold, Greed, Murder and Alaska’s Inside Passage by Steven C. Levi.